The price of a barrel of oil has shot up to more than $100
By Sophie Squire
Downloading PDF. Please wait...
Wednesday 23 March 2022 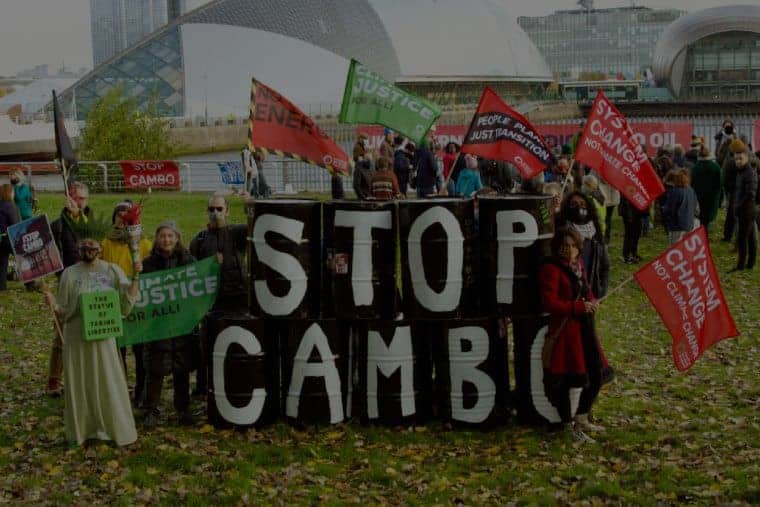 Campaigners against the Cambo oil field at the Cop26 mobilisation (Picture: Friends of the Earth/Flickr)

Shell is “reconsidering” its decision to pull out of Scotland’s Cambo oil field as oil prices rise in the wake of Russia’s invasion of Ukraine.

The fossil fuel giant pulled investment in the North Sea oil field in December amid mass pressure during the Cop26 climate talks in Glasgow. It complained about regulatory delays and that the “economic case for investment is not strong enough”.

But BBC sources say that, while Shell’s official position hasn’t changed, the “economic, political and regulatory environment had changed enormously since the decision was announced just three months ago”.

Climate campaigners have seen through the profit-drive behind Shell’s possible U-turn. Philip Evans from Greenpeace UK said, “Shell wasn’t interested in pursuing this project when it was a bad look for them. But now they stand to gain billions in the midst of wartime price rises, they’re interested again.”

Tessa Khan from climate group Uplift agreed, “It’s obvious that Shell has seen an opportunity in the increased oil price to perhaps make a profit.”

In a speech to the Scottish Tories in Aberdeen, prime minister Boris Johnson said that stopping the flow of domestic oil in Britain would be a “disaster”. “It would mean prices up even further”, he claimed. “It would mean jobs lost just as householders are feeling the pinch of the high gas and oil prices. And, of course, it would mean exposing Britain to continued blackmail from Vladimir Putin.”

Khan slammed the Tories’ and fossil fuel bosses’ claims that more oil drilling will help ordinary people during the cost of living crisis. “It’s not going to lower energy bills in Britain,” she said. “It’s not going to help us meet domestic energy demand because its oil will be exported to international markets and of course the massive climate impact it will have.”

“None of those things have changed—so the case against opening up Cambo remains stronger than ever.”

Cambo—how the state greases the wheels of profit
Read More

Johnson ridiculously claimed that “net-zero” greenhouse gas emission targets could be achieved even with new oil and gas projects.

The Tories are determined to pour money into the fossil fuel bosses’ pockets. Helen Whately, the exchequer secretary to the Treasury, said this week that she will meet with banks to “emphasise the government’s commitment to domestic offshore oil and gas production”.

Shell resubmitted an application to develop the Jackdaw North Sea gas field, located off the east coast of Scotland, last week. Environmental regulators had turned down its original application last October. And this comes after the Tories approved the Abigail oil field—developed by Israeli-owned Ithaca energy—last month.

The global climate strikes on Friday will be an opportunity to rage against the fossil fuel bosses and the governments that back them up. Only more mobilisation from below can stop them. 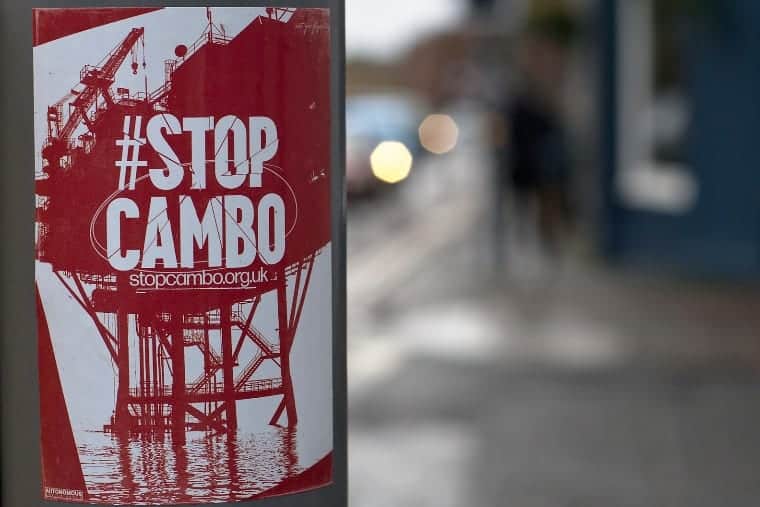 Cheer the end of Cambo oil 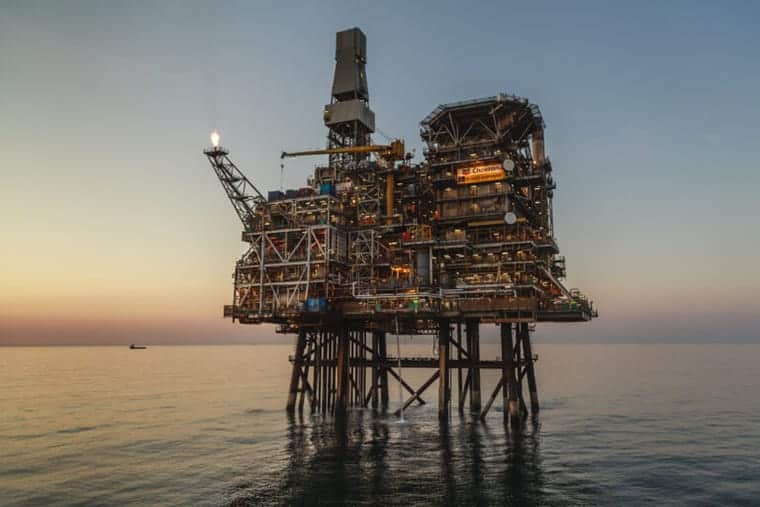