Cruel blow for a crucial fight

This article is over 20 years, 0 months old
TOP TRADE union officials have dealt a shattering blow to striking Scottish Power workers. They have conspired to wrap up strikes and allow management the chance to claw back important gains.
Downloading PDF. Please wait...
Saturday 12 January 2002

TOP TRADE union officials have dealt a shattering blow to striking Scottish Power workers. They have conspired to wrap up strikes and allow management the chance to claw back important gains.

Around 1,500 Scottish Power workers in Merseyside, North Wales and Scotland have held three rounds of very solid two-day strikes. They are fighting to prevent sections of the workforce being hived off to a joint venture with construction company McAlpine. The joint venture will clear the way for job cuts.

Now all the strikes, including the ones planned for this week, are off. The union leaders will instead seek an improved offer through the ACAS conciliation service. Very few people can honestly believe the company will offer more once the strikes are lifted.

On 1 January members of the AEEU and MSF unions became members of the new AMICUS ‘super-union’. Joint general secretary Ken Jackson wrote, ‘The new name derives from the Latin word for friend, supporter or partner.’ Scottish Power workers will be asking who Jackson counts as friends and who he supports.

Is it workers fighting to maintain jobs and conditions, or is it a bunch of profit-crazy bosses who want the workforce to pay the price for management’s failed gambles?

THE MANOEUVRES to short circuit the Scottish Power strike began on Thursday of last week. The connections workers, who are the first to be transferred to a joint venture, were called to a meeting.

Everyone thought this would simply be consultation and would not change the course of the dispute. Nearly 40 connections workers were still on holiday, a fifth of the potential audience. Top union officials suddenly sprung a ballot on the workers at the meeting, even though nobody on the negotiating committee had been told in advance this would happen.

Overall there was a clear majority to reject the terms of transfer. But the AEEU union section in Scotland voted to accept. This section includes staff who are not at the sharp end of the disastrous effects of the move. Trade union officials in the AEEU then used this vote to threaten that they would abandon the other unions and cut their own deal with the bosses unless the strikes were called off.

This position was then taken to a Scottish Power shop stewards’ meeting on Saturday. Even then, it was a close vote before it was pushed through. Around a third of the shop stewards present voted to escalate to an all-out strike, and to set up democratic strike committees to run the dispute.

Two thirds of shop stewards reluctantly accepted that the strikes would stop and only an overtime ban remain. An AEEU steward from Merseyside told Socialist Worker, ‘There was a real mood for a fight at the beginning of the dispute, and the action was really solid with big picket lines. The only thing that has demoralised people is the way the union leaders have acted.

‘There is deep, deep anger about the way this dispute has been run. Even people who want to throw in the towel now would back all-out if they thought there would be a decent lead from the top.’

THE TRADE union leaders have acted disgracefully throughout the Scottish Power dispute:

It was AEEU leaders who opened the door to legal action against ‘secondary picketing’. Union officials denounced workers who went to places where the network had broken down in order to picket contractors. This encouraged Scottish Power to take legal moves, and the GMB union is now facing a £30,000 fine.

The battle is not completely over. Whatever deal emerges from the new negotiations at ACAS will have to go to a ballot. It will be a chance to campaign widely against the sell-out, and to pull together activists.

A shop steward in Scotland told Socialist Worker, ‘The strikes have shown the potential to build rank and file strength, and also the urgent need to do so.’ 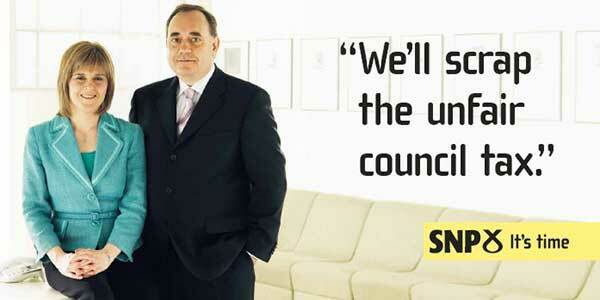