Bus drivers at CT Plus at the Ash Grove garage in Hackney, east London, struck on Friday of last week.

They have struck for three Fridays in a row, and were set to strike again on Friday of this week.

The drivers, members of the Unite union, are demanding a pay rise of the RPI inflation rate plus 2 percent.

CT Plus is a “social enterprise”, supposedly not run for profit, but it pays some of the lowest rates in London to its drivers.

As Derrick Campbell, Unite branch secretary at Ash Grove, explained to Socialist Worker, “We used to be a charity.

“But under Labour we saw the encouragement of the “third sector” of charities and voluntary organisations.

“It was privatisation but with a fluffy coating.”

CT Plus has grown as it has won more contracts that are tendered out by Transport for London.

Drivers at some of these contracts are on different rates. CT Plus has the contract for the Olympics site in east London.

Some drivers from there have been used on strike days to drive buses on the routes normally run out of Ash Grove.

Unite needs to take the argument for solidarity to these drivers.

The Olympics contract ends in 2012 and many of these drivers may look to return to Ash Grove.

The strikers at CT Plus are determined.

For many the strike is as much about how they are treated as about a pay rise.

Derrick Campbell said, “Managers called people in one by one last week to get them to accept the 1 percent pay rise they’ve imposed.

“They try to divide and rule.”

Drivers say they will stay out until Christmas if that’s what it takes.

More strike dates are expected to be called soon.

Respect hits the road to 10 June

Taking on the Lib Dems 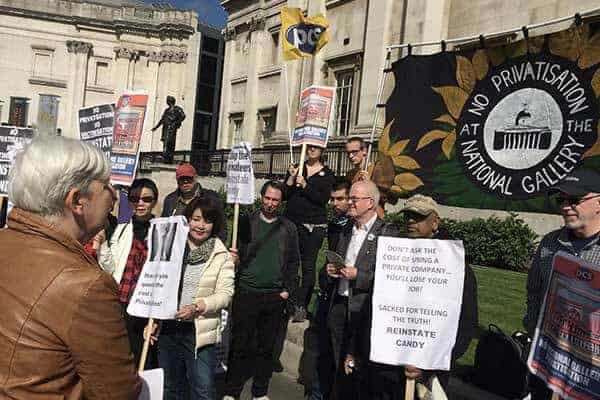