NHS cuts are contributing to the deaths of vulnerable people. Inquests into the deaths of three pensioners in East Sussex have uncovered failings linked to a pressure on resources.

And the coroner ruled that “systemic” problems lay behind the deaths.

Ninety year old Daisy Filby waited around an hour and 45 minutes for an ambulance, while lying face down and unable to move, in Seaford, East Sussex. She was pronounced dead when the ambulance arrived.

Coroner Alan Craze recorded a conclusion of “accident contributed to by neglect” at an inquest into her death. “There clearly was a failure to provide basic medical attention,” he said.

“The problem ultimately is systemic and the heart of it is the call-taking and decision-making system.” He added that, after years of austerity, the health service faces “huge” pressure to use resources as efficiently as possible.

Daisy’s daughter, Linda, had made repeated 999 calls and was unable to lift her mother. But a computer had been programmed to make decisions in Daisy’s case.

Craze said that “only a properly-trained human being” could have listened to the call and made the right decision.

Worryingly he said the system, used by South East Coast Ambulance Service, appeared to have been rolled out nationally. “That system has failed Mrs Filby and her daughter,” he said.

Two other pensioner deaths in East Sussex appear to be linked to the late arrival of ambulances.

Anthony’s wife had called 999 at 6.32pm after he collapsed. An ambulance technician arrived at 7.45pm and paramedics arrived to assist at 8.31pm.

Craze said that the 999 call was treated as a “minor medical issue” and the ambulance didn’t reach Anthony until more than an hour after it due to a “shortage of resources”.

He said the call-answering service in 2017 was “not fit for purpose”.

The conclusions come as a parent of a sick child tackled Tory prime minister Boris Johnson as he visited Whipps Cross Hospital in north London.

The man said there were not enough doctors and nurses, and that the situation is “not acceptable”. He said, “The NHS has been destroyed.

Years of Tory cuts have left the NHS understaffed, with a lack of beds and relying on older or out of date equipment. Austerity means people are waiting longer on waiting lists for treatment, and has pushed A&Es to crisis point.

Johnson last month claimed the Tories would put £1.8 billion into the NHS. But health bosses say some £6 billion is needed just to clear a backlog of maintenance work needed across the service.

The Tories’ attempts to win ordinary people over by apparently increasing spending on services is a sham. We need to keep up the fight to defend the health service. 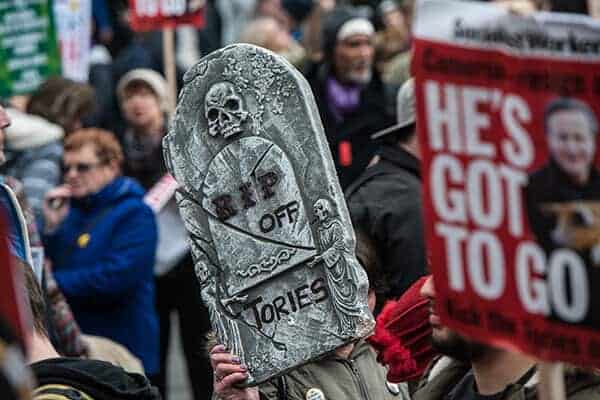 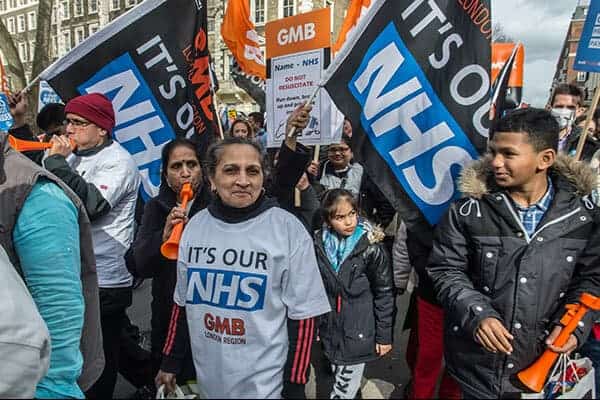