The national strike of post workers due to take place on Monday of this week was called off. The CWU union said it had won concessions from Royal Mail.

In a joint statement, the union and Royal Mail bosses said that the decision to call off the strike came after progress was made in talks.

The union said it will be working with bosses to finalise an agreement.

It said that the agreement will include legal protections for employees that extends beyond the current three year offer, an improved pay and reward offer and a separate pensions agreement.

On Monday, the day the strike was due to take place, union reps attended a briefing with the union’s leadership in London.

But details of the agreement were still unclear. Officials said they have until Wednesday of next week to finalise any deal with Royal Mail.

However dragging out the agreement process risks squandering the momentum that’s been built up for action.

As Chad Croom, South Central Postal branch secretary told Socialist Worker, “It’s difficult to keep feeling up. We have to convince people there’s something to fight for.

“It’s difficult for the members, there’s a lot of resentment from previous arrangements that we’ve got.”

The joint statement also mentions “alternative dispute resolution processes”. Although the meaning remains unclear, it is crucial that the union do not go for a no-strike deal.

“We’ve still got the live ballot in the peak time of year, and the threat of strikes. That threat is what has moved Royal Mail” said Mark Dolan, north London Area Delivery Rep.

“It’s a mistake to call off the strike. We’ve always won more by going on strike,” Merlin Reader, a CWU rep at ECDO told Socialist Worker in a personal capacity. “If the union is prepared to settle, then they should tell us what the agreement is before calling off the strike.

“But any agreement should include a reversal of the changes that have already been made to our pensions, a ten year agreement on our terms and conditions and an inflation plus 1 percent pay rise.

“This is what the union has been saying it wanted if we were privatised.”

The CWU said the dispute is not over, and the strike ballot has been extended to the 20 November. 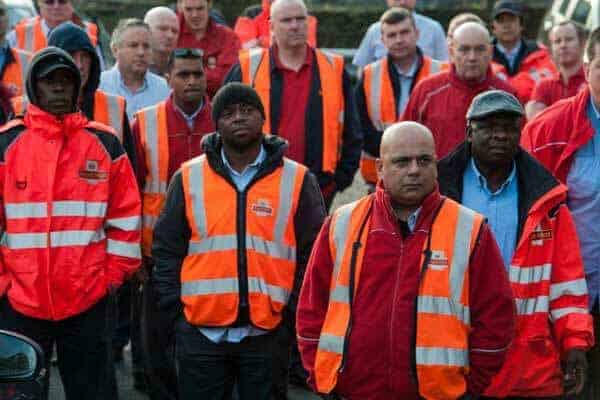