SOME 120,000 people in the UK die each year as a result of smoking. Huge multinational tobacco companies earn billions each year from this trade. Michael Mann’s new film The Insider is based on real events, and shows how these companies will use all their wealth and power to protect themselves and their profits. The film centres on Jeffrey Wigand, a former head of research and development at tobacco giant Brown and Williamson.

He was sacked and decided to blow the whistle on his former employers’ practice of chemically altering cigarettes to make them even more addictive. But Wigand had signed a “confidentiality agreement” which meant that he couldn’t legally inform anyone of his activities. His decision to record a TV interview for the US show 60 Minutes meant he faced jail.

The film shows how Wigand received death threats to “keep his mouth shut”, how the pressure destroyed his marriage, and how a smear campaign threatened to completely destroy his reputation. The Insider shows just how hard it is for one individual to stand up to a multinational.

This is perhaps the film’s only flaw. It concentrates too much on the importance of individual campaigners or journalists. Ordinary people become simply passive consumers of campaigning programmes, rather than a force for change in their own right. Nevertheless, The Insider is a brilliant film. It shows how big corporations use their power, wealth and influence to bend and break the law.

THE USUAL SUSPECTS (10pm, Sun, C4) is a gripping and very cleverly put together thriller starring Kevin Spacey. Who is Keyser Soze?

MONSIGNOR RENARD (9pm, Monday, ITV). Much-hyped drama starring John Thaw as a Catholic priest in occupied France in 1940. May be a load of rubbish, but worth a look. APE-MAN (9pm, Tues, BBC2). Final programme in an uneven series. Examines the period when neanderthals and modern humans faced each other for the first time.

THE GREAT GATSBY (9.30pm, Wed, BBC1). Not the 1970s Hollywood movie but the BBC adaptation of the F Scott Fitzgerald novel about a flamboyant millionaire in the Roaring Twenties in the US.

DISPATCHES: DEADLY PURSUIT (9pm, Thurs, C4). TV reporter Sheena McDonald, herself badly injured after being mown down by a police van, investigates why there are so many accidents involving police vehicles. 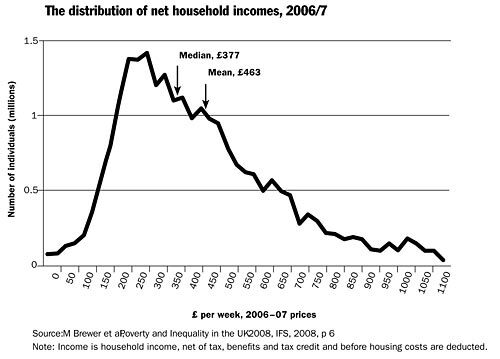 Who are the real ‘squeezed middle’?