Dave Ward has won the election to become general secretary of the Communication Workers Union (CWU).

Ward had campaigned around promises to stand up for workers rather than simply acting as a “liaison officer for the Labour Party”.

But so far Ward has not proven that he will provide the kind of fighting leadership he promises. As deputy general secretary for post, Ward oversaw the privatisation of Royal Mail in 2013. The same is true for Hayes as general secretary.

But Hayes had shown commitment to supporting initiatives such as the Palestine Solidarity Campaign and Unite Against Fascism.

That is why Socialist Worker backed Hayes. It is important for trade unions to give a lead on political issues.

CWU activists now have to make sure the union keeps up its commitment to political campaigning. 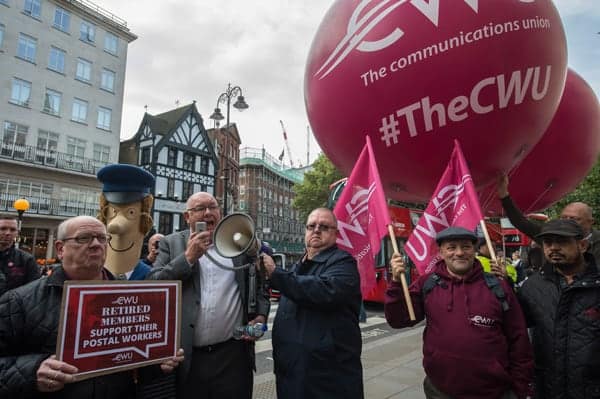 Gloucester rallies to save its postal service