Activists in the Fast Food Rights Campaign were gearing up for a day of action set to take place on Wednesday of this week.

Events and protests were set to take place in London, Glasgow, Manchester and several other towns and cities.

Campaigners are fighting for a £10 an hour living wage and to build union organisation among fast food workers.

They are also fighting for an end to zero hours contracts.

The campaign was launched by the bakers’ union Bfawu at a meeting hosted by Labour MP John McDonnell and Unite the Resistance in January last year.

It was inspired by a wave of strikes by fast food workers in the US demanding the right to union organisation and a $15 (£10) an hour minimum wage.

Wednesday’s actions were set to be part of a global day of solidarity with US fast food workers, who were set to strike for a day.

Toni is a supporter of the Fast Food Rights campaign in Glasgow. She works in two cafes on zero hour contracts.

She told Socialist Worker, “It’s quite tricky juggling the two jobs. Sometimes I’m working all week, sometimes not at all.”

Toni described how working on zero hours contracts put her at the mercy of bullying managers.

She said, “Our manager will sometimes punish us if we can’t do a shift. He called me once at six in the morning on my day off because someone else was ill—he wanted me to come in at eight.

“I told him no—it was my day off. He wouldn’t even think of offering us time and a half to come in early at two hours’ notice. There’s no respect.”

Lorna told Socialist Worker, “I went to the meeting, which was with fast food workers from the US last year. It was really inspiring and I joined Bfawu that night.

“I went back to my workplace and signed up Toni and another worker. At that time it meant we had 100 percent union membership.”

The Trade Unionist and Socialist Coalition (TUSC) is also supporting the campaign.

She told Socialist Worker, “For the last few weeks of the campaign we’ve been running a TUSC petition that supports the Fast Food Rights campaign. It specifically mentions a local McDonald’s.”

Angela added, “We’ve been talking to people who work in McDonald’s. One person was telling us about how many thousands of pounds the local McDonald’s franchise took in just one day.

“They’re making huge profits, and yet the people they employ are low paid and with no union rights. That’s why we’re supporting the Fast Food Rights Campaign.” 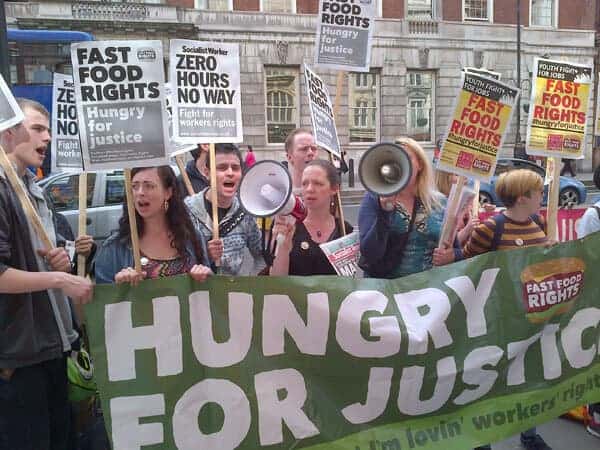 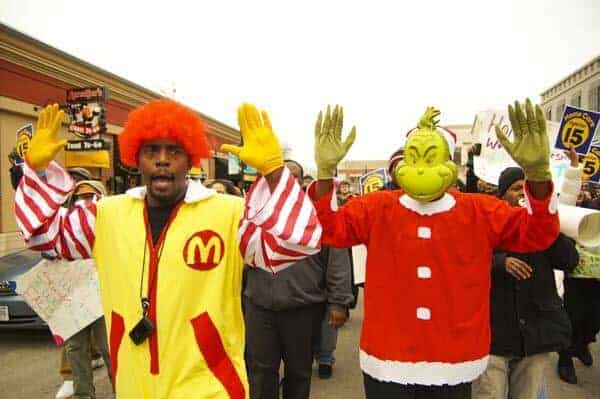 Low paid workers strike back in US 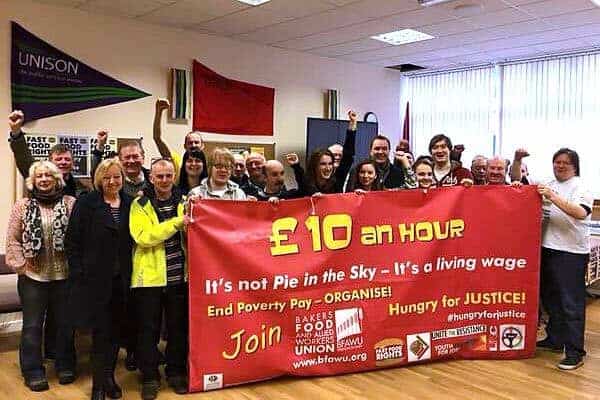