The fight for better pay at Defence Support Group (DSG) has begun in earnest.

Pickets gathered at Ministry of Defence (MoD) bases in Donnington near Telford and Sealand in north Wales on Thursday of last week.

DSG carries out repairs and maintenance on army equipment. The Unite union members are demanding an 8 percent pay rise.

Thursday’s walkouts were the start of action staggered between sites until the end of the month.

The Stirling and Catterick sites were set to walk out on Thursday of this week.

Sites at Bovington, Warminster and Colchester plan to walk out on Thursday of next week.

Alan Johnson, a fitter and new union rep at Donnington said, “There’s been really positive feedback about the action. I believe we’ll be out again. It would be good to go to three days to show them we are serious.”

In the background is a privatisation plan that raises the spectre of redundancies and other attacks.

Workers across the group struck alongside other civil service workers on Wednesday of last week. 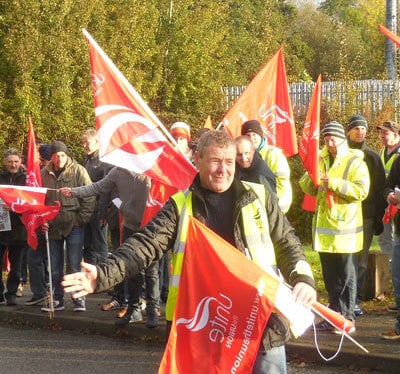 Striker on the picket line at Donnington (Pic: Socialist Worker)

In Stirling, central Scotland, spirits were high. One picket summed up the anger workers’ feel saying, “The MPs vote themselves a

The government is trying to sell its plan with the promise that working for private bosses could mean getting more work by taking on more private contracts.

But up until just a few years ago, DSG workers also serviced civilian equipment—from trains to council road gritters.

The best way to bring in more work would be to let them do so again without privatising the company.

Workers are also furious about the pay freeze. At Donnington one told Socialist Worker he hadn’t been able to put the heating on yet this year. Mechanical worker Parmjit Singh said, “I think the whole working class keeps getting kicked. We all need to stand together—doesn’t matter what people look like or where they come from—and stand up for proper pay.”

There are union posters for 8 percent around the site—some of them altered by workers to say 18 percent.

Steve a union rep said, “We read that the average wage for skilled workers was 18 percent higher than what we were on, so some of us thought we should ask for that. But we weren’t sure everyone would back it, so we went for 8 percent.

“Setting our own demand instead of waiting for management’s offer in pay negotiations made a difference. It’s encouraged people and helped us get organised.”

Unite convenor Brett Davis told the strikers to cheers, “Today we didn’t do what the bosses say, we did what we say. We said we’re not going in your factory for your shitty pay.” 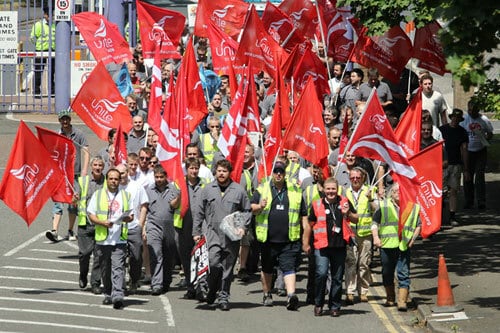 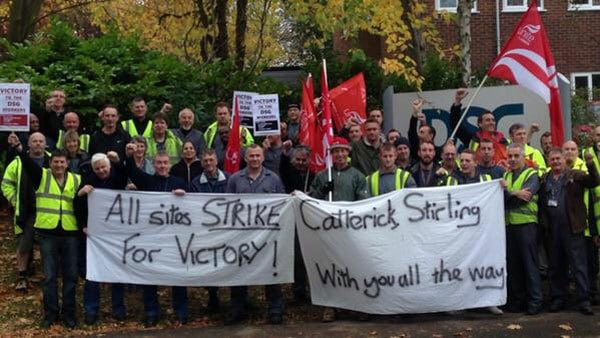