The need to fight injustice ran through the Defend the Right to Protest conference in London last Sunday.

Lawyer Gareth Peirce opened the conference. She told the 200 people assembled, “We are under unlawful scrutiny. We are all the enemy. We need to defend the right to think.”

Carole Duggan, the aunt of Mark Duggan who was shot dead by police in 2011, launched the Justice for Mark Duggan campaign. She said, “There was a sustained smear campaign against Mark.

“They said that he was one of the top 48 most dangerous men in Europe. Mark was not a gang member, he was a peacekeeper. The police put on a uniform and they are in the biggest gang in the country.”

People commented on the police use of mass arrests and the anti-Muslim Prevent strategy to try and discourage people from joining anti-fascist protests.

Marcia Rigg, the sister of Sean Rigg who died in police custody in 2008, spoke powerfully at the deaths in custody workshop.

At the closing session in the main hall, veteran campaigner Eamonn McCann said that we should never stop protesting because, “Without justice, time heals nothing.”

Susan Alexander, the mother of Azelle Rodney spoke. Azelle was shot by police in 2005. Susan spoke about how police treated her family. “We are not criminals,” she said.

Owen Jones closed the day, saying that the “Power of protest is vindicated by those who are against it”. 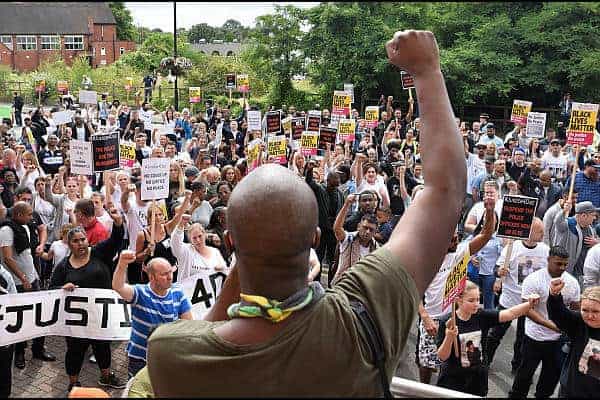 ‘We will fight for justice for Darren Cumberbatch’ 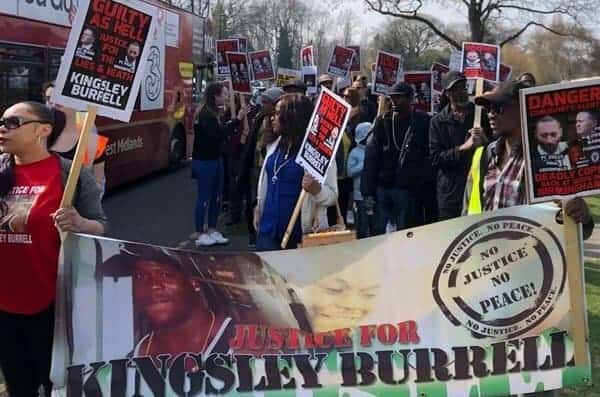