I JOINED with peace campaigners, Trident Ploughshares activists, anti-capitalists and many others in blockading Aldermaston Atomic Weapons Establishment last week. The movement against nuclear weapons has been on the up since the fantastic blockade at Faslane in February.

Anti-capitalists have joined together with veteran peace activists to take direct action against the lunacy of weapons and war. We had a pretty successful morning. About 200 people were involved in non-violent direct action, lying in the road to prevent people entering the base. Some 51 people were arrested, people who were attempting to stop the real crime-the creation of nuclear weapons.

It struck me that 20 years ago we would have been joined on the blockade by Labour Party MPs. Now we have a New Labour government, and prime minister Alistair Campbell-oops, I mean Tony Blair-has gladly given the big thumbs-up to Bush’s mental National Missile Defence system. They completely ignore the wishes of every sane person on the planet (even the police officer who arrested me had to admit the protesters had a point).

We should run plants for need

SOCIALIST Worker’s coverage of the closure of telecom firm Motorola’s Bathgate plant in Scotland has been spot on. Motorola didn’t publicise the closure announcement internally-we heard about it on the BBC. In total there have been 27,500 jobs lost worldwide since December, including over 700 in Swindon. Motorola always boasts about being an “ethical company”, but they are sacrificing people’s livelihoods to satisfy the greed of shareholders.

Even though Western Europe is nearly saturated with mobile phones there is huge demand worldwide. Many people in the Third World have no access to telephones, and it would be cheaper and easier to provide cellphone coverage than lay copper wires.

The reason this isn’t happening is because there is no money to be made. We have the skills, there is a demand, so let us do the job without worrying whether it makes the bosses richer. This is what a socialist-run industry could do. I am delighted that the Scottish Socialist Party is demanding Bathgate be nationalised. I urge everyone in the plant to vote socialist and demand that the government saves their jobs.

THE NAZI National Front plan to march in Oldham. The leader of the Nazi British National Party, Nick Griffin, intends to stand as an election candidate in Oldham in the forthcoming general election. The BNP will stand in two other seats in Oldham.

Nazis threaten us all. Just like the man they admire, Hitler, they want to strip society of democracy and every civil liberty. As Nazis they ARE NOT just another political party. That is why we, the Direct Action Network (a disabled civil rights movement), welcome the ban on Nazi marches and wish the police would enforce it.

We also wish to express support for all those who have rallied or plan to rally to oppose the Nazis marching. The anti-Nazis are defending democracy and civil rights, and as such should not be banned but supported.

I AM a US student, and have been living and studying in Glasgow for five months. I was walking down the street the other day and happened to see the “Say no to Son of Star Wars” poster. I did not vote for George Bush in the last election and strongly oppose his platform. I was happy to see that even here in Scotland Bush’s antics are opposed.

THIS PAST week I have witnessed my college, Clarendon College in Nottingham, completely sell me and other students out. I am doing my A-levels and finish in June. Part of one of my A-level courses is an oral presentation to the class which makes up 10 percent of the final result. There is, however, only one room in the college which has the necessary resources to do the oral presentation.

I came to college on the day of my presentation to find out that the people at the top have let out the room to a business for the sum of 20,000. Therefore, as I am writing, out of our class of 20-odd, only two have managed to do their presentation by other means. The college has completely let down its students and teachers alike by this act of selfishness.

RECENTLY, HERE in Ipswich, magistrates threw out a case brought by the Crown Prosecution Service against two ten year old white schoolboys charged with racially aggravated assault against an Asian pupil. A whole history of systematic harassment against the Asian family has been swept under the carpet. The Daily Mail, predictably enough, has said that the case going to court is another example of “political correctness” taken to extremes.

This is the same rag that calls for the (now teenage) killers of James Bulger to be denied anonymity after release, putting them at risk of vigilante vengeance for the rest of their lives. While no one likes to see children put through the trauma of a court hearing, this case involved racist harassment which has been written off as a case of playground rough and tumble. It is up to local anti-racists to support the family in their determination to get something done about the racist abuse they have suffered.

I AM a supporter of Barnet Football Club. Few people outside football actually know the extent to which the Labour government and the Football Association (FA) are trying to kill off a small club simply because its ground does not meet specified requirements.

Even though the club applied for planning permission for a new ground it was turned down. There are many more important world issues to discuss, such as wars, famine, deprivation, unemployment, etc. But I feel that this story needs to be heard so that people can see what the government and the FA are doing to a game that will eventually implode and destroy itself through the ideologies of fat cats.

Are the media afraid of us?

I’VE NOTICED that the Socialist Alliance and the Scottish Socialist Party have hardly been mentioned on the supposed main news programmes while they’ve been covering the run-up to the election. Surely a party that already holds one seat in Scotland and has over 150 candidates in the next election is worth some news time.

Or maybe the issues that the socialist election campaign raises are just too challenging for the establishment to report on for fear that the general public might just agree with them.

Make a stand for rightsand liberties

IT IS in all of our interests that we make a stand against the increasing infringement on our civil liberties by the state. I recently attended a Socialist Alliance picket outside a school in St Albans where Tory Blair was desperately trying to inject enthusiasm into local Labour activists.

I was walking up towards the picket with two friends when the police stopped us. They insisted on searching our bags, even asking me to open my diary to ensure that I was not concealing any weapon!

This was only the beginning. When I got into my car and left the peaceful picket, a police car started following me throughout St Albans, finally switching on its sirens and pulling me over. They questioned me about where I live, why I was at the picket and who I work for. The police response to the picket and the May Day demonstration shows that the Socialist Alliance and the anti-capitalist movement are having an impact. 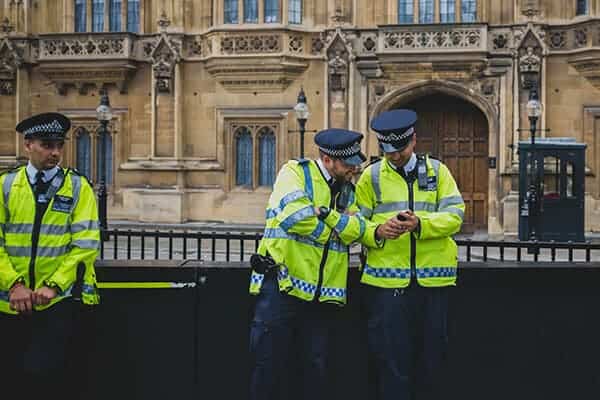 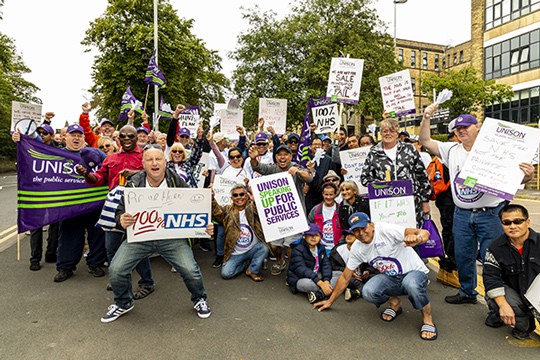 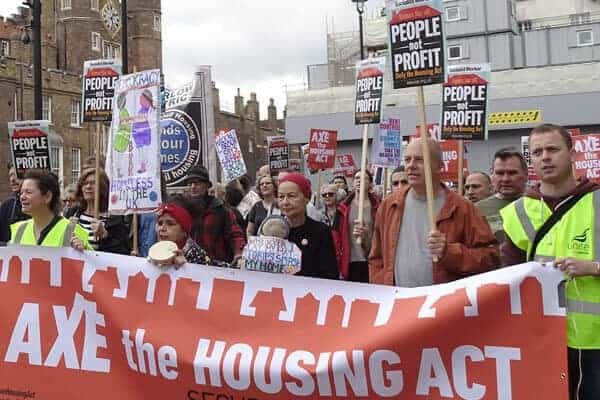 Marchers call for defiance of the Tories’ Housing Act