This article is over 16 years, 1 months old
The International Peace Conference held in London last Saturday was a huge success. With the main hall packed and standing room only, an overflow and many people turned away in the previous few days because of lack of space, it was a focus for anti-war opinion across the world.
By Lindsey German Stop the War Coalition convenor
Downloading PDF. Please wait...
Saturday 17 December 2005

The International Peace Conference held in London last Saturday was a huge success. With the main hall packed and standing room only, an overflow and many people turned away in the previous few days because of lack of space, it was a focus for anti-war opinion across the world.

Around 1,500 people attended on the day, including delegations from national trade unions such as the PCS, CWU, Natfhe, Amicus and the T&G.

International delegates from the US, Iraq and Iran were joined by those from across Europe, the Philippines and India. People came from all over Britain and represented a cross section of the anti-war movement—students, school students, peace activists, Muslims, trade unionists.

The conference was a great step forward in Britain and internationally. We have marched repeatedly, but this was a chance to develop our ideas and contacts, to hear from US activists and Iraqis, and to plan action for the future.

The statement endorsed at the end of the conference called for the withdrawal of troops and an end to the occupation, and an international weekend of action on 18/19 March—the third anniversary of the start of the Iraq war.

A meeting held last Sunday brought together some of the international delegates with British organisers to discuss how we implement the statement passed at the conference.

That marked a big step forward as the Iraqis discussed their situation in more depth. We also talked about the slogans for 18/19 March and the different issues which came up in different countries—for example how the US torture flights have become very big issues in Germany, Greece and Ireland.

In the New Year, we have to start organising immediately for 18/19 March.

A first step is going to all the individuals and organisations delegated to the conference, organising a public report back meeting for mid to late January and planning how you are going to mobilise in your area to make this the biggest possible demonstration.

That means winning trade union backing, booking coaches, going to schools, colleges, estates, mosques, and involving them in helping to mobilise for the march.

We also need to keep on the alert for the death of the 100th British soldier, which may well occur over the Christmas period, and organise protests to mark it.

The conference was a great springboard to reactivate the movement over the next few months, to fight over restrictions on civil liberties and to build a mass campaign to bring the troops home. 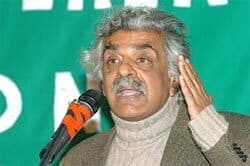 Occupation is a disaster for the warmongers

'Don't let Bush spread his war across the Middle East' 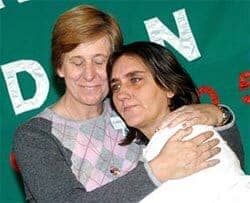 'Our sons were lied to and sent to die in Iraq'