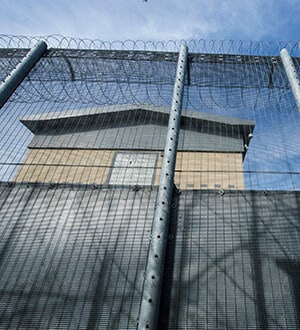 A seriously ill 43 year old man died handcuffed to his hospital bed because immigration detention officers feared he would escape.

He had been detained because of his immigration status and was not deemed a risk to the public. He was taken into Harmondsworth detention centre near Heathrow in August 2012, where he developed a heart condition. He had been due for heart surgery when he died in November 2012.

It pointed to “a serious breakdown in communication under the current detention reporting process” and called for guidance on restraining detainees who need hospital treatment. One Home Office official said she had been horrified to learn that the man was handcuffed.

Harmondsworth, near Heathrow, is run by private contractors GEO who face a £10,000 fine if anyone escapes.

The report said this was likely to lead to a “cautious approach” to removing cuffs. One officer interviewed in the report said he was afraid of losing his job if the man escaped.

But the Home Office’s horror and talk of reform is unconvincing.

It didn’t release the report, and even refused a Freedom of Information request by detainees’ charity Medical Justice on the grounds that the report would distress the man’s family. It took an appeal and a tribunal to get the report out. While the Home Office prevaricated another man died in similar circumstances.

Alois Dvorzac, who had dementia, died in shackles in February 2013. He was a Canadian citizen on his way to his native Slovenia, hoping to see his daughter one last time before he died.

Any restrictions on restraining detainees in hospital would be overdue and welcome. But the whole detention system is unjust and brutal and should be abolished.

The Tories successfully sued this week to make it harder for unaccompanied refugee children in Calais to join relatives in Britain. The Court of Appeal ruled in favour of a government appeal against a landmark ruling earlier this year that saw four Syrians allowed into Britain.

Not one child had at that time made it under the existing system. Though under political pressure it has now brought 50 across. The four can stay but their route is closed to others in hardship and danger. 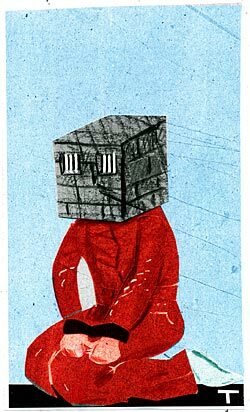