Some 130 primary school janitors in Glasgow are refusing to clear snow or spread grit in a row over “dirty money” with bosses at council-owned Cordia.

Cordia says the janitors should no longer receive a Working Context and Demands Payment.

This is given to workers who undertake duties that are dirty, unpleasant, involve working outside on a regular basis or heavy lifting. It can be worth as much as £1,000.

Some 100 primary schools in the city are affected by the action, which started on Tuesday.

The Unison union members voted by 98 percent for the action short of a strike.

Disgracefully Cordia bosses have threatened to suspend workers who are taking the action.

Despite pledging to defy future Tory anti-union laws the Labour-run council doesn’t seem to have any qualms about using current ones.

The janitors have also voted by 95 percent for strikes if they need to escalate. 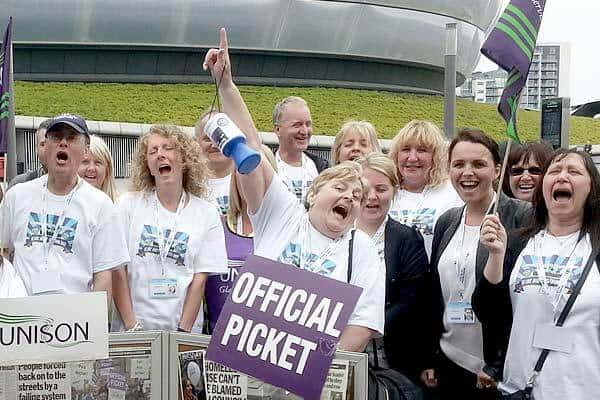