Do individuals make a difference in history?

This article is over 11 years, 4 months old
We are bombarded with the idea that history is made by great individuals. Our past is told as the history of great men and our present is often reduced to passively watching the decisions of our "betters".
Downloading PDF. Please wait...
Tuesday 14 September 2010

We are bombarded with the idea that history is made by great individuals. Our past is told as the history of great men and our present is often reduced to passively watching the decisions of our “betters”.

On other occasions the “failure” to get a job is said to be the result of poor individual choices. Such accounts miss out the material reality that shapes all our lives and limits the space for decision-making.

Economic crisis and unemployment are features of capitalist society that no individual on their own can alter.

The are two ways of looking at this. One is “We cannot make history,” as the 19th century German politician Otto Bismarck wrote. “We must wait while it is being made.”

But at the same time, “History does nothing, it ‘possesses no immense wealth,’ it ‘wages no battles.’ It is man, real, living man who does all that.”

Marx’s great insight was to point out that individuals make history. But that they cannot influence society or history in just any direction they choose.

Individuals cannot exert their will independently of the conditions in which they find themselves.

There must be a level of consciousness and organisation among a sufficient number of people to change the way society is organised.

The extent of influence an individual has is determined by the weight of social forces on them.

As the Russian revolutionary Leon Trotsky wrote, “Similar (of course, far from identical) irritations in similar conditions call out similar reflexes; the more powerful the irritation, the sooner it overcomes personal peculiarities.

“To a tickle, people react differently, but to a red-hot iron, alike. As a steam-hammer converts a sphere and a cube alike into sheet metal, so under the blow of too great and inexorable events resistances are smashed and the boundaries of ‘individuality’ lost.”

Under the pressure of class society, we cannot simply move to something else by force of will.

Repeatedly urging for a general strike or revolution will be a cry in the wilderness without a strong workers’ movement, in which our class has established from experience the confidence and know-how to conduct effective struggle.

But when conditions have mellowed for such acts then they have to be turned into reality by leadership.

History is full of situations in which a point of extreme tension—where social forces are balanced on a knife’s edge—is broken in one direction or another by the action or inaction of individuals.

This tension lies within every movement of resistance and campaign. Whether to resist and in what way is a constant debate. How individuals respond and how they convince others to act is of vital importance.

One aspect of this is building up a counterweight to the respect for the establishment, and the status quo.

So when a revolutionary stands up on a table and says, “We must occupy this factory”, they have the respect of their workmates to know that they are not mad but are to be trusted and are convincing.

At the Visteon car plants last year there were individuals who had enough respect to lead their fellow workers into inspiring occupations.

A few months earlier, at the BMW plant in Oxford, there was nobody to do the same in similar circumstances. In both cases there was the possibility, but it didn’t automatically happen.

Knowing when to fight and what it is possible to achieve at any moment come through both individual experience and those of the class as a whole.

A key mechanism of for distilling that experience is for people to organise together as a revolutionary party.

Any revolutionary party has to be full of “leaders”—people who can take initiatives, think on their feet and learn from the battles that they are part of to take the struggle forward.

Vestas is humbled in court confrontation 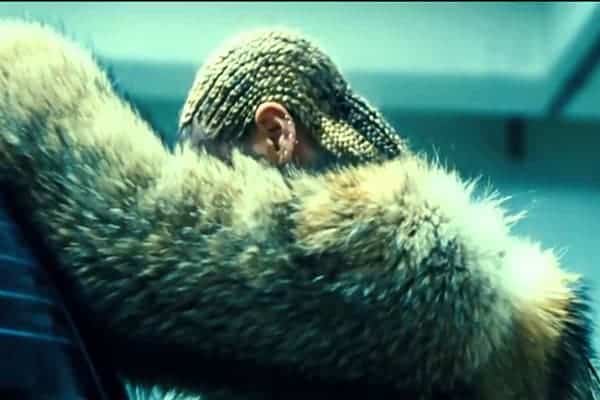 Bitter lemons for racists as Beyoncé gets political