This article is over 10 years, 7 months old
"If they go on strike, the only people they are going to hurt are the people of Doncaster."
Downloading PDF. Please wait...
Tuesday 07 June 2011

“If they go on strike, the only people they are going to hurt are the people of Doncaster.”

That’s what Doncaster’s mayor Peter Davies thinks about a strike ballot by the town’s council workers. It’s a frequent refrain—not just from the Tories and the right but from some in the unions.

It can seem like common sense. After all, a strike is usually thought of as a stoppage in production in order to hit the bosses’ profits.

In the public sector, though, the bosses aren’t directly extracting profits from our work. A shutdown doesn’t hurt their “bottom line” in the same way.

So can public sector strikes make any difference? Or are they just futile, catching ordinary people in the crossfire?

First, there is no doubt that ordinary people rely on public services, and that they won’t be able to use them on a strike day.

But if public sector workers don’t fight back, the services won’t just shut for a day—they’ll be gone for good.

While the public sector doesn’t directly produce profits, what it does is important not just to workers but to the capitalists themselves.

It is key for the smooth running of the capitalist system that sick workers can get some form of healthcare, and that the next generation will be educated enough to do their jobs.

And anyway it is not true that strikes in public services don’t hit the bosses’ profits.

If local government doesn’t function, the schools are closed and the bins aren’t collected, it won’t take any city long to grind to a halt. That will hurt the city’s capitalists.

In Southampton, for example, the recent five-day strike by refuse workers has left rubbish piled up all over the city. And if the whole public sector walked out, the state apparatus would essentially shut down. The government could hardly ignore that.

Union leaders, however, often question the point of this sort of mass action. Instead, they argue, powerful groups of workers can fight and win on their own timetable.

But there is more to going on strike than what you shut when you walk out.

Council leaders often feign indifference, saying that a strike will have “no impact” if it doesn’t look like everything will close.

But if strikes don’t have an impact, then why are bosses so upset by them? Why do they get so angry with the unions?

Strikes use workers’ power to force bosses to back down. The strength of the working class lies in the way it is made to labour collectively in factories and offices.

This collective power is not just economic power over production—it can also be political power.

As the revolutionary Karl Marx wrote, “Every class struggle is a political struggle.”

Every strike poses questions. Who runs this workplace? Who decides when we work and when we don’t? Why can’t we decide what work we do, and prioritise what’s useful instead of chasing the bosses’ targets?

These questions of ownership and control are intensely political. In every strike there is a seed of socialism—of revolution.

The truth is that bosses are terrified of strikes. They know they pose a direct challenge to their authority.

In the public sector, ultimately the top bosses are the government. That can help focus people’s anger more on the system than on whoever runs their particular workplace.

Teachers and lecturers talk passionately about defending education. Civil service workers point out the £120 billion of tax that goes uncollected or avoided by the rich every year could stop the cuts. All ask why the Tories hand cash to the bankers instead of public services.

As hundreds of thousands walk out on strike on 30 June, and hopefully millions in the months to come, these ideas and arguments can gather mass support across the working class.

The half a million plus who marched on 26 March, showed confidence is infectious. Each strike and protest can help build workers’ confidence for the next one.

A campaign of strikes can start to develop a dynamic of its own, with workers who never considered themselves “political” wanting to build wider and wider action.

People’s political ideas start to change and develop as they see what they are capable of.

If we can get to a general strike, or close to it, who will be questioning then whether strikes make a difference? The ruling class will be too busy panicking and desperately trying to stop it. 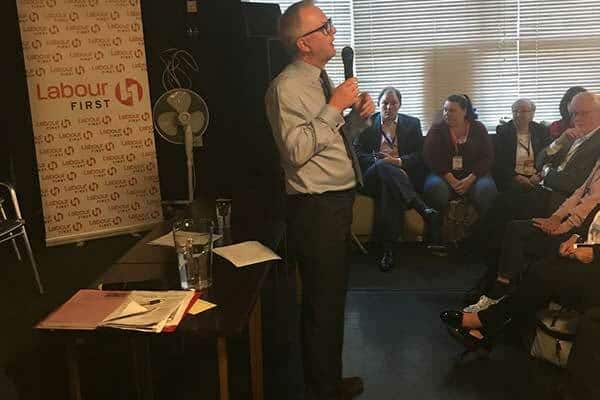