Do we still need a revolutionary paper?

This article is over 11 years, 10 months old
The internet has opened up new vistas for socialists. At a time when information can be sent all over the world at the click of a button, newspapers can start to feel quite old-fashioned.
Downloading PDF. Please wait...
Tuesday 17 August 2010

The internet has opened up new vistas for socialists. At a time when information can be sent all over the world at the click of a button, newspapers can start to feel quite old-fashioned.

Internet activists can have a Facebook group or an email list running or organise a protest before a print paper can go to press.

So why do revolutionaries put so much effort into writing, printing and selling a newspaper like Socialist Worker? Why not drop the paper and use the resources to build a bigger presence on the internet instead?

The internet has created a real crisis for the mainstream media, but socialist papers are trying to achieve something quite different. Our papers are central to organising and creating networks.

For active socialists the interaction with our readers is as important as the number of them. We use the paper to organise.

When someone buys Socialist Worker outside a workplace it helps them to organise at work and shows a commitment to the paper’s ideas that is different from sharing comments on an internet site.

Selling the paper identifies Socialist Worker supporters as committed socialists in a way that setting up a blog does not.

Socialist Worker sellers were able to engage with strikers on British Airways picket lines as pickets came to respect the paper because of its consistent support for their struggle.

The web can also atomise the way a paper is read. Socialist Worker selects and brings together articles in the print edition in a way that is hard to repeat online.

This link to organisation and clarifying ideas has existed as long as there have been socialist papers.

In a largely illiterate society it was often read out to groups of workers—but meeting together also helped the workers to agree on their ideas and organise.

In the run up to the 1917 Russian revolution its writing and distribution was vital to building the Bolshevik party.

“In this respect it may be compared to the scaffolding erected round a building under construction.

“The organisation which forms around this newspaper will be ready for everything.”

And, though sales have declined in Britain, people still buy an average of ten million newspapers every day. The Sun alone sells almost three million a day.

But the fact that the Chartists and the Bolsheviks succeeded using printed papers isn’t in itself an argument for continuing to produce a newspaper today.

While we may live in the age of the internet, almost one in three people in Britain still don’t have internet access—many of them among the poorest in society.

Beyond this, reading articles online, even revolutionary ones, can be an isolating experience.

We should never underestimate the enormous benefit the growth of the internet has provided revolutionaries—as were the spread of affordable printing, the telephone, the photocopier and mobile phones.

But what we are trying to achieve is different from most newspapers.

While Facebook groups have been very useful in organising protests and bringing people together, without a more solid form of network they are a poor predictor of how many people will actually show up at an event.

Socialist Worker uses the familiar form of a tabloid newspaper, but subverts it to tackle the ideas of the ruling class instead of reinforcing them—giving voice to th e most radical parts of workers’ experiences.

Regular face-to-face sales on the street, in a college or to a work colleague allows sellers to establish a political relationship with readers and discuss from week to week about what’s going on in the world—and how we can change it. 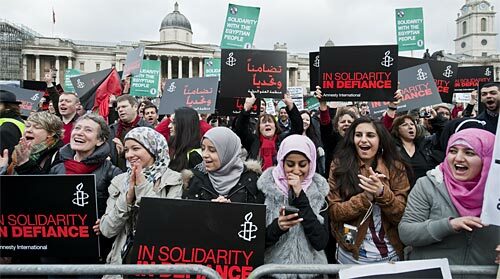