Do you know refugees get just 36 a week?

Do you know refugees get just 36 a week?

TOP TORIES William Hague, Michael Ancram and Ann Widdecombe want to make refugees the main issue in local elections. They do not care what violence and terror are caused by their grubby campaign for votes. New Labour leaders rightly say the Tories are playing the race card. But disgracefully, instead of taking on their argument, New Labour is going along with them.

The immigration minister, Barbara Roche, said, “You can’t be woolly. We need more detention space. “Let’s face it, there’s an easy way out-you just go to the airport.” All the arguments against refugees are based on lies.

“SCAPEGOATING asylum seekers is not racist.” AT LEAST 20,000 white farmers from Zimbabwe may come to Britain. The Tories, the right wing press and New Labour are already welcoming them. The white farmers of Rhodesia were the bedrock of the apartheid-style system which ground the black majority underfoot. Yet Jack Straw says that those of them who have a British grandparent will be whisked through the immigration system. They will not be locked up. They will not be on reduced benefits and they will be given “long term permission to stay”.

Hundreds of thousands of people from the European Union, Canada, the US and Australia live in Britain. No one whips up hostility to them. The press never talks of being “swamped by Australians”.

“MOST refugees coming into Britain are bogus.” HOME OFFICE figures show that last year only a minority of refugees even had their cases heard. Out of 71,000 who applied for asylum in 1999, only 20,000 have had any decision made about their case. Despite the fact that Britain already has the toughest asylum laws in Europe, some 46 percent of those who had been given a decision were allowed to stay.

New Labour’s Asylum Act means it is impossible for a refugee to reach Britain legally, regardless of the horrors they are fleeing. Anyone who brings a refugee into Britain by plane, train, lorry, car or boat will face a fine of 2,000. This encourages lorry drivers and ship owners to use violence against those fleeing persecution. Already in 1998 around 1,000 refugees fleeing persecution were thrown overboard from ships and killed.

“THE TORIES plan to put asylum seekers in reception centres, not prisons.” ASYLUM SEEKERS would be herded into camps and not allowed to leave under the Tory scheme. That is the same as prison. Outrageously, New Labour boasts that it has opened a prison camp for refugees at Oakington near Cambridge. It costs about 470 a week to keep someone in prison-13 times more than the weekly income support given to an adult asylum seeker.

REFUGEES DO not get cash or benefits. Instead they get vouchers. A lone parent receives vouchers worth 36.54 a week. This is only just over half of the pittance received by a single pensioner. A refugee family of two adults and two children get a mere 90.80 a week, only 23.30 more than a pensioner.

Answering the lies about asylum

Does Sun owner read the Times?

A JOURNALIST on the Times, owned by Rupert Murdoch, gave a glimpse of just who the “bogus” asylum seekers are. She reported from the immigration appeals authority in London where refugees refused permission to stay in Britain can plead their case. Just one example was Romany Gypsies Marek and Gabriella Karasz and their two children.

The Karasz family fled from the Czech Republic to Britain in January. Gabriella was set on fire in a racist attack when she was five. She described her attackers as “white Czechs and skinheads”. “They attack me because I am a Romany. They can’t stand that somebody’s skin is dark,” she told the court. “The people want to eradicate the black race and they want only white people in the Czech Republic.” Are these the “bogus refugees” Hague and Straw want to deport?

THE ATTACKS by press and politicians on refugees have caused a horrific increase in racist attacks. Any of these can lead to murder. Santokh Singh Fandhu, known as Peter Singh to his friends, was murdered last weekend. The 42 year old Asian shopkeeper was with a white friend in Port Talbot in South Wales. A gang of four white men punched Peter’s friend unconscious and then savagely beat Peter to death. Peter isn’t the only victim.

A black teenager was stabbed four times and left for dead in Wimbledon, south London, on Saturday 8 April. He was attacked after challenging a gang of white youths who were racially taunting him. On the same night a 15 year old Asian boy had his jaw smashed in by a gang of white males in Leicester. Two Kosovans were attacked in their homes in Southend, Essex, last week by two white men.

Kosovans no longer useful to our rulers

HOME SECRETARY Jack Straw is to expel 3,000 Kosovan refugees from Britain in the next few weeks. These are the people New Labour said it was fighting the war to protect. NATO’s bombing and the Serbian military wrecked 25 percent of homes in Kosovo. Over 500 people have been killed during the last ten months of NATO’s occupation of Kosovo. US depleted uranium shells have dumped tonnes of radioactive waste in the area. Yet Jack Straw says Kosovo is “broadly safe” for people to return.

PEOPLE SEEKING asylum in Britain are fleeing war, persecution, poverty and famine. Western bankers and big business profit from each of those forms of suffering. One thousand billion dollars moves between the world’s money markets every day. Why shouldn’t workers and the poor be able to move to escape the destruction that the system causes?

Right to speak out

BILL MORRIS, leader of the TGWU union, spoke out against racism last week. He rightly linked the climate of hate over refugees to a rise in racist attacks. “By heralding measure after measure to stop people entering Britain, the Home Office has given life to racists,” said Morris. “The mood music is playing a hostile tune for black Britons. What do we get from our government? We get brickbats and the language of confrontation regarding asylum seekers.”

Morris’s defence of refugees won cheers and a standing ovation from the 400 delegates at the TUC’s conference for black trade unionists last week. Morris was also cheered this week at the Scottish TUC when he attacked the refugee voucher scheme, saying, “It is ridiculous that penniless asylum seekers finish up by saying to Sainsbury’s and Tesco’s, ‘Keep the change.’ “This was not the redistribution I voted for.”

STUC delegates voted unanimously to pledge their full support and solidarity to all refugees arriving in Scotland.

THE GREATER London Pensioners’ Association annual general meeting passed a motion last weekend “condemning the racist language referring to so called bogus asylum seekers used by both main political parties and much of the media”.

Tories did it before

THE TORIES have tried to scaremonger over asylum and immigration at previous elections. They did it in the 1970s, giving confidence to the racist murderers in the National Front.

They did it in the 1990s. Tory strategist Andrew Lansley admits, “Immigration was an issue which we raised successfully in the 1992 general election.” John Major conned his way back into government in April 1992. Six months later over 100,000 miners’ jobs went with the pit closures. No one could blame asylum seekers for that. Immigration lies fooled some people in 1992. Do not be fooled again.

MICHAEL Ancram, chairman of the Tory party, is from an aristocratic family which has sponged off people in Britain for centuries. His full name is Michael Andrew Foster Jude Kerr Ancram. He is the “son and heir of the twelfth Marquess of Lothian”. Ancram’s business interests bring him tens of thousands of pounds on top of the money he gets for being an MP and Tory party chairman. 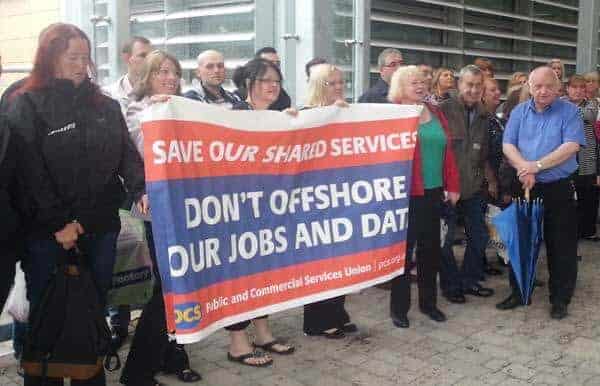