This is a lie. Doctors and other health worker are furious at his plans. Organisations representing health workers have overwhelmingly called for the bill to be withdrawn.

These calls have enormous support from their members. A survey of the Royal College of GPs showed that 90 percent of its members would oppose the bill even if they had to stand alone.

Ron Singer is chair of the doctors’ section of the Unite union. “It took some GPs a long time to realise how awful the bill is,” he told Socialist Worker.

“They thought they would be given power to change things for the good. Now they’ve realised that you can’t trust the Tories with the NHS.”

Lansley says many doctors are already working in the Clinical Commissioning Groups (CCGs) that are pivotal to the bill. He says this means the doctors support the bill.

But many doctors joined CCGs in the hope of mitigating the worst of the changes.

The board of Tower Hamlets CCG in east London has written to David Cameron demanding that he withdraw the bill.

“Your government has interpreted our commitment to our patients as support for the bill,” the letter says. “It is not.”

Tower Hamlets GP Kambiz Boomla told Socialist Worker, “GPs in commissioning are like passengers on the Titanic. Just because some of us are manning the lifeboats doesn’t mean we support the sinking of the ship.”

In theory the bill could hand over 80 percent of the NHS budget to GP-led CCGs.

organisations in the private sector.

He warned that the bill will lead to the “privatisation of commissioning”, adding that doctors could be expected to “sell off parts of the NHS”.

Ron Singer added, “If the Labour government opened the door to privatisation, this bill removes the door completely.

“The bill is a charter for private companies to make a killing in the NHS. We should have nothing to do with it.” 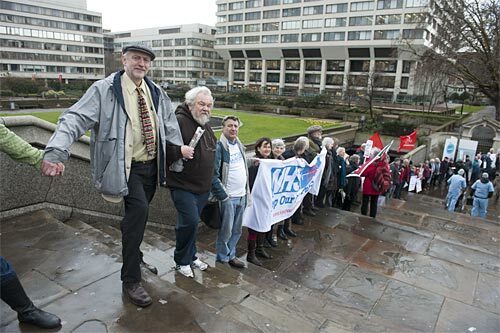 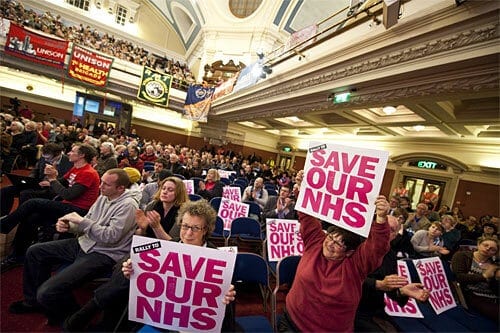 Thousands rally to fight for NHS 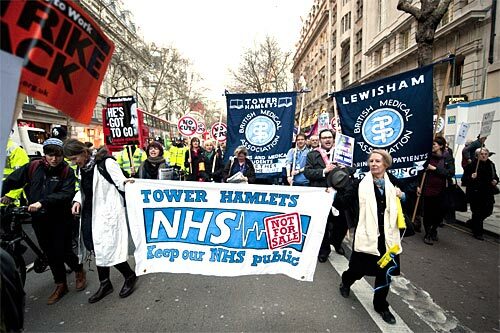