Does violence mean protests must stop?

debates in the movement

Does violence mean protests must stop?

THE LEVEL of police violence which was used against protesters at the G8 summit in Genoa, Italy, last month has created a huge debate inside the anti-capitalist movement.

This debate is far more extensive than after previous anti-capitalist mobilisations such as Seattle or Prague. The reason is the ferocity and scale of the state violence.

In Genoa the police killed 23 year old Carlo Giuliani, teargassed and water cannoned peaceful protesters, infiltrated the Black Block anarchists, and raided a school where protesters were sleeping and beat them viciously.

Some in the movement are questioning whether the risk of death, serious injury and major clashes means that people should continue to demonstrate against the summits of the rich and powerful.

Some British campaigning groups such as the World Development Movement, Drop the Debt and Christian Aid advised their members not to go on the Saturday protest in Genoa because of this.

Susan George, writer, campaigner and vice-president of anti financial speculation group ATTAC France, has written, “The escalation of state-sponsored terrorism is beginning to terrify ordinary people. I cannot encourage our members to put life and limb on the line to participate in demos where we are going to have the police shooting live ammunition, and the Black Block, completely infiltrated by police and fascists, running wild.”

Despite Susan George’s arguments, many in the movement argue that we need to continue to target the summits of financial and political institutions that run the world for the benefit of the corporations.

“I was in Genoa,” says the US activist Starhawk, well known on internet discussion circles. “Because of what I saw there, including the moments of real terror and horror, I am more convinced than ever that we need to stay in the streets. We need to continue mounting large actions, contesting summits, working on the global scale. If we find ways to organise mass actions that leave resources and functioning coalitions behind, then each grand action can strengthen and support the local work that continues on a daily basis. I don’t see the choice as being between the danger of a large action and safety. I see that our safest course is to act strongly now.”

Nicola Bullard of the Focus on the Global South group based in Bangkok, Thailand, has also come out firmly for keeping up the protests.

“We must continue to mobilise and bring people out on the streets to be counted,” she says. “Genoa marks a whole new phase in the struggle against global capitalism and global injustice. We cannot go backwards, and we should not be intimidated by the violence. The demonstrators may have come out of Genoa bruised and shaken, but the G8 came out a lot worse-their credibility is in tatters and the blood is on their hands.”

To demobilise street protests now would be to deliver a victory to the police thugs and the politicians who stanD behind them. They have tried to batter protest off the streets because it has turned the spotlight on their crimes. We are against letting them escape once more into the shadows to allow them to carry out their dirty work without public attention.

The violence our side now faces is because we have won real successes. One of the most worrying aspects of Genoa for the Italian government was that after the killing of Carlo there were massive demonstrations right across the country in solidarity with the protesters.

It is time for more action.

This point was well made by George Monbiot, the British writer and campaigner, in an inspiring article in the Guardian the week after Genoa.

“I have stumbled once more upon the fundamental political reality that confrontation is an essential prerequisite for change,” wrote Monbiot. “Though l am scared to say it, it is now clear to me that we cannot win without raising the temperature.”

However, to simply say the protests must continue is not a sufficient answer to the very real concerns of Susan George or the people in Drop the Debt.

The best response to police violence is to make sure the next wave of protests is even bigger and more rooted in trade unions and campaigning organisations. The police will feel confident about battering a small gathering. They will feel much less sure if a march is hundreds of thousands strong and full of union stewards.

At Seattle the police were much less confident about attacking workers than they were about beating the students and environmentalists.

In addition, the anti-capitalist movement has to redouble its efforts to make links with local battles over privatisation, job losses and racism. This will help to widen the group of people who support the movement against the police and the authorities.

It is right that tens of thousands of activists will protest against the IMF and World Bank annual meeting in Washington at the end of September. This summit has had to be scaled back from seven days to two days because of fears of protest.

The World Bank was forced to cancel its meeting in Barcelona in May, and world leaders are looking for the most remote places possible to have their summits-such as the WTO going to Qatar.

When we have our leaders on the run we can’t allow their vicious repression of our movement to drive us off the streets. 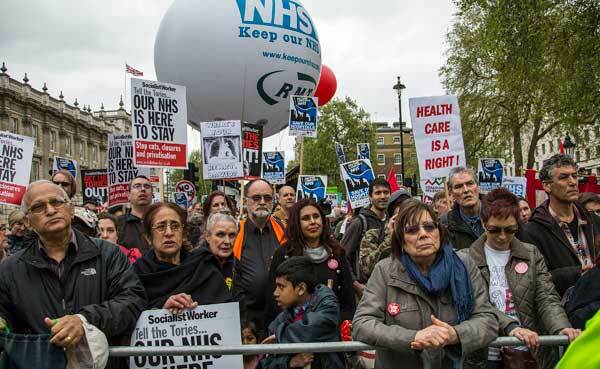