This article is over 18 years, 3 months old
TONY BLAIR and David Blunkett urged police and local councils to unleash a ferocious assault on some of the most vulnerable people in society this week. Their excuse was a drive against 'anti-social behaviour'. The government says this will be a 'top priority' as it tries to 'regain the confidence of voters' which means trying to turn against easy scapegoats.
Downloading PDF. Please wait...
Saturday 18 October 2003

TONY BLAIR and David Blunkett urged police and local councils to unleash a ferocious assault on some of the most vulnerable people in society this week. Their excuse was a drive against ‘anti-social behaviour’. The government says this will be a ‘top priority’ as it tries to ‘regain the confidence of voters’ which means trying to turn against easy scapegoats.

The measures Blair wants used are not only nasty-they will not work. They are based on myths, misperception and scare stories. The latest measures are based on a government White Paper that says since 1997 the crime rate has fallen by more than 25 percent, but ‘the fear of crime has not fallen to the same extent’.

‘Aggressive beggars’, first targeted by John Major’s Tory government and now by Blair and Blunkett, are now to be cleared off the streets. This will hit the homeless. Adam Sampson, director of the housing charity Shelter, says, ‘The term anti-social behaviour is often used as a catch-all for all sorts of punitive measures often directed at the most vulnerable and marginalised people in our society.’

The ‘action plan’ calls for ‘parenting contracts’, especially where children have been excluded from school. But it doesn’t ask why such exclusions occur. Audit Commission figures show that 90 percent of children permanently excluded from primary schools and 60 percent from secondary schools have special needs. Ofsted figures proved that black pupils are four times more likely to be excluded than all pupils nationally.

The anti-social behaviour bill will allow police and ‘community support officers’ to disperse groups of two or more teenagers and impose a curfew for up to six months. They will also be allowed to order non-residents out of an area for up to 24 hours. Refusal to comply can attract a three-month prison sentence.

The new laws also include measures designed to throw people out of rented accommodation if a member of the household, or a visitor, is deemed to have behaved anti-socially or if the person ‘has threatened’ to behave antisocially. As the Children Rights Alliance (an umbrella group for charities and researchers) points out, ‘Such proposals are manifestly unjust. Each family member will suffer as the result of the actions of another person.’

Blair also wants more £40 fixed penalty notices handed out for ‘intimidating behaviour’, ‘noise nuisance’ and graffiti by 16 and 17 year olds. But this will simply make poverty worse and intensify conflicts between parents, children and neighbours.

Of course people who are unreasonably noisy or appear threatening can be a problem. But the most powerful way to cut anti-social behaviour is to give people resources they can control and some sense of hope. Instead councils across Britain have been cutting youth services.

Firefighters: Let’s all strike together to save our pensions 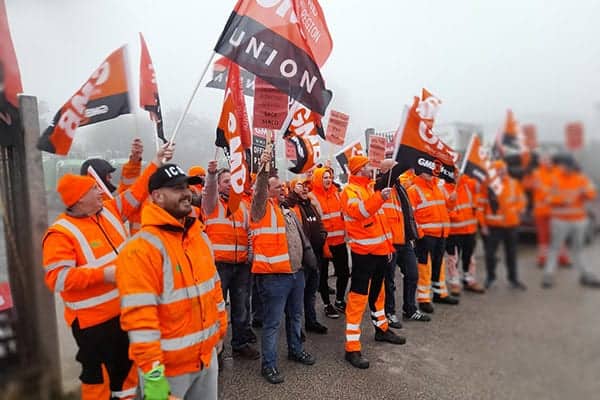