This article is over 12 years, 10 months old
Hundreds of postal workers lobbied parliament on Tuesday, angry over the New Labour government’s plans to push through the privatisation of Royal Mail.
Downloading PDF. Please wait...
Tuesday 24 February 2009

Hundreds of postal workers lobbied parliament on Tuesday, angry over the New Labour government’s plans to push through the privatisation of Royal Mail.

Gordon Brown will have to rely on Tory and Liberal votes to secure the passing of the legislation, as at least 125 Labour MPs have vowed to vote against the sell off.

Privatisation will mean a worse service and an assault on pay, jobs and conditions.

A leaked warning this week claimed that the Royal Mail pension scheme is in danger as it is over £5.9 billion in deficit. Ministers are using this and saying that they will only guarantee pensions if the workforce accepts privatisation.

Billy Hayes, the general secretary of the CWU post workers’ union, rightly retorted. “You don’t need to privatise the Royal Mail to resolve the pensions issue.

“The government has a moral responsibility to tackle the pensions deficit. The pension fund is a complete red herring designed to scare people.”

The CWU reports that Royal Mail made a profit of £255

million in the last nine months of 2008, undermining claims by business secretary Lord Mandelson that the company will not survive under state ownership.

There is massive opposition to privatising the mail. A CWU poll found that 75 percent opposed the government’s plans.

But that mood means little unless the union launches resistance with both industrial and political action. The union needs to launch a national strike ballot over privatisation, pensions, attacks on deliveries and the closure of mail centres.

Last year the union conference voted to ballot members on stopping funding of Labour if the government did not rule out privatisation by next month. That needs to be acted upon.

The CWU has called a national march in the Wolverhampton constituency of post office minister Pat McFadden on Saturday 14 March.

It assembles at 11.30am, Guru Nanak Sikh Temple, Arthur Street, Bilston, Wolverhampton. CWU members in their thousands should also join the Put People First demonstration in London on 28 March. 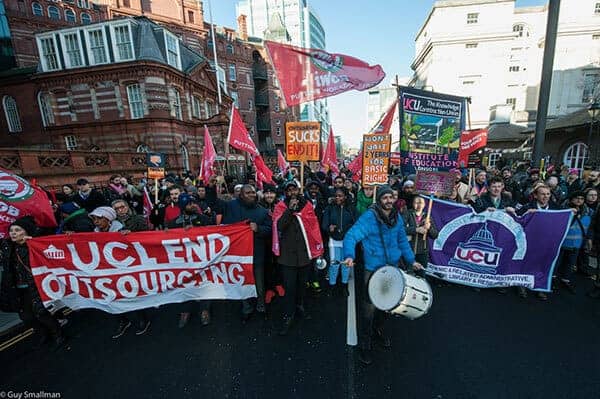