This article is over 12 years, 7 months old
The reballot of 10,000 RMT union members across London Underground and Transport for London for strike action against job losses, management bullying, and for decent pay was set to end on Thursday of this week.
Downloading PDF. Please wait...
Tuesday 26 May 2009

The reballot of 10,000 RMT union members across London Underground and Transport for London for strike action against job losses, management bullying, and for decent pay was set to end on Thursday of this week.

The workers voted overwhelmingly for action last month. But bosses used the anti-union laws and picked on minor discrepancies to challenge the ballot.

So activists have mobilised to win an even bigger yes vote and are preparing the ground for a major battle, which could mean defying the law if bosses again try to use it against workers.

There is deep anger among London tube workers over the legal challenges and the attacks from management.

At least 1,000 jobs are under threat as part of a company “reorganisation” after Metronet was brought back in-house last December.

Management are also pursuing a five-year pay deal tied to the RPI rate of inflation. This year’s deal will be RPI plus 1 percent, while the next four years will see just RPI “rises”.

This is an insult. RPI is at minus 1.2 percent. The deal would be a pay cut.

The dispute is also about the management culture.

Management have adopted an extremely aggressive stance towards sickness, applying stringent penalties on workers for any period of non-attendance, regardless of how serious their illnesses are.

Management have tried to stop the dispute once already.

Tube workers can’t afford to allow some unelected judge to scupper their fight.

The best way to stop this happening is to set a strike day, and for rank and file activists to immediately start building the strike.

The strike could be called to coincide with the planned action by London postal workers (see » Labour pushes post privatisation). The strike should go ahead, regardless of any interference from the courts. 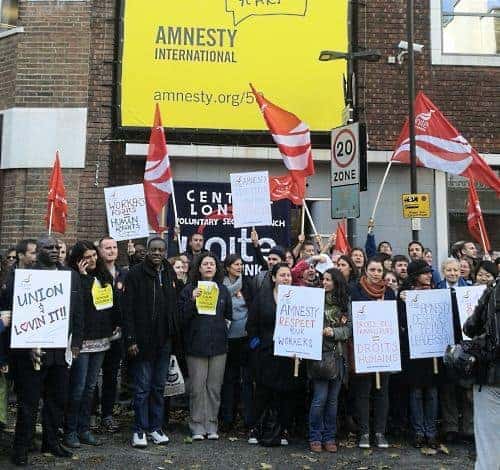 Amnesty International workers strike in offices round the world 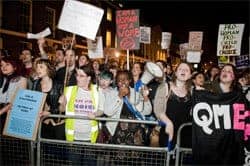 Pro-choice picket takes on the anti-abortion bigots in London