Doncaster Care UK strikers voted unanimously to hold another seven-day strike on Wednesday of last week. The vote took place after a 200-strong strike rally to mark the final day of their first seven-day strike.

The Unison union members are fighting attacks on wages. The union said it expects to announce another seven-day strike this week. It urged workers to reject what it called a “pathetic offer” from Care UK to settle the dispute.

One striker told Socialist Worker that money offered by Care UK was “just a bribe” and pointed out “that money is ours anyway!” Another added, “We are doing this for the future of our service users. We’ve not had a pay rise in four years.

“But we’ve stuck with it because we respect the people we work with.” Support worker

Lisa Wilson agreed. “It took me six months to learn just how to communicate with the individuals I care for,” she said.

“We could get a job in Asda for better money, but we don’t because we really love this job.”

Strikers said many parents of those they care for are backing them. One parent speaking at the strike rally sparked laughter when she suggested that Care UK bosses try doing the job for a day.

Other speakers said that any future Labour government should repeal the anti-trade union laws as promised. A shout from the floor said, “It’s been promised before, they’re liars!”

Lisa told Socialist Worker, “In the meeting there was discussion around the idea of half day strikes. I’m glad we’re not doing that—it’s right that we go for another week.”

“All the support we’ve had has been great and we need another strong turnout for the next strike,” said Lisa.

“It’s hard when you’re low paid. But I’d rather hit them hard quickly—that will have more of an effect.” 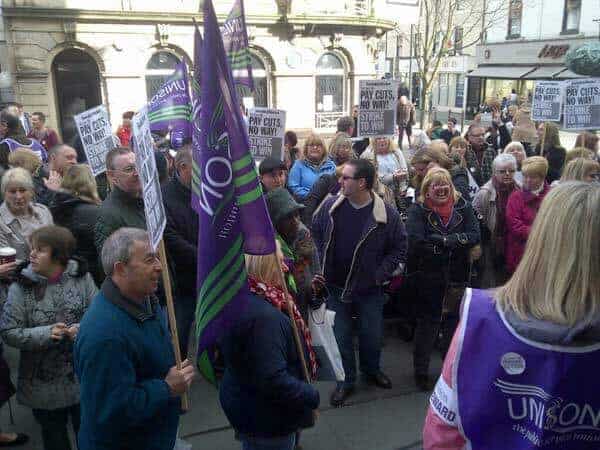 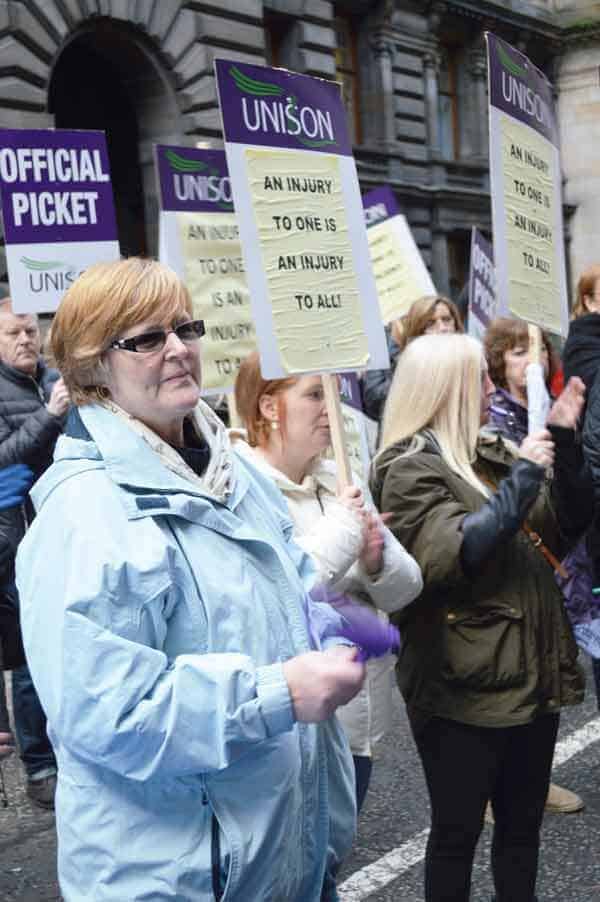 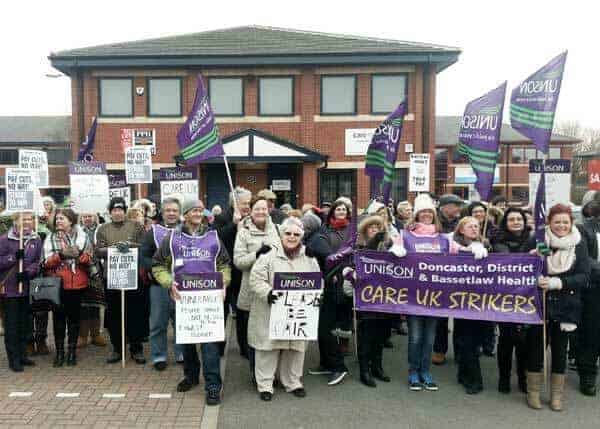