This article is over 6 years, 0 months old
By Raymie Kiernan
Downloading PDF. Please wait...
Tuesday 10 May 2016

The Tories’ Trade Union Act 2016 was given royal approval last week and Britain’s anti-union laws got even more restrictive.

Despite some concessions, bosses were cock-a-hoop. The law makes it harder for workers to win a legal mandate for action—and easier for bosses to have them overturned.

The law will not come into force immediately. Last summer the government said it could take two months after royal assent. Laws allowing agency workers to replace strikers are not part of this act and still have to go through parliament.

Under the new act, if you want to strike legally there must be 50 percent turnout in the ballot. With “important public services” workers, 40 percent of those eligible to vote must back a strike for it to be legal.

The Tories made one concession here, removing a reference to support workers in these services. But support workers could still have restrictions imposed depending on their role.

The notice period for strikes will be extended from seven days to 14 unless bosses give their agreement.

A ballot will only be valid for six months. Although this is increased by two months from the original bill’s proposal, there previously was no limit. It can be extended to nine months—if bosses agree.

Proposals that bosses, cops and the Certification Officer be given a full plan of picketing, protests and social media campaigns have been dropped.

Requiring a picket line “supervisor” to wear “a badge, armband or other item” was seemingly too prescriptive. But they still must wear “something that readily identifies” them.

This does nothing to address fears that bosses could use this to victimise trade union activists.

New provisions don’t apply to ballots that have already opened before they come into force.

MPs watered down the Lords’ amendment to commission a “review” into electronic balloting. This now requires the minister to publish only a response to it, rather than a strategy to roll it out.

Concessions over political fund rules are supposedly proof of what lobbying politicians can achieve.

The Tories abandoned plans to ban union subscriptions via payroll—known as check-off—provided the union pays for processing costs. Many unions already do this.

Plans to limit facility time and the amount of money spent on it by public sector employers are to be delayed for three years.

Finally the Certification Officer’s (CO) powers have been expanded. This ranges from requiring unions to annually report on all industrial action taken by its members to accounting for spending from unions’ political funds. The CO has new powers to investigate unions and impose fines.

The Tories’ concessions were almost exactly as predicted by a leak to Socialist Worker in February. The Tories want union leaders to police strikes instead of leading them.

What happens when union leaders are not confident of reaching the new thresholds is shown by the latest rotten pay deal for council workers in England and Wales.

The largest union by far, Unison, received a clear message from members to reject the employers’ offer. But the bureaucracy went over their heads and accepted it.

None of the local government strikes this century would have met the new thresholds.

TUC general secretary Frances O’Grady was “pleased” to get the minor changes. But the TUC’s campaign to “protect the right to strike” has fallen well short of its stated aim.

O’Grady said, rightly, that “The history books will show that the government’s first major act of this parliament has been to attack the right to strike.”

But they will also show that the union leaders’ campaign to oppose it has been a dismal failure. Now we need to prepare to defy the new laws. 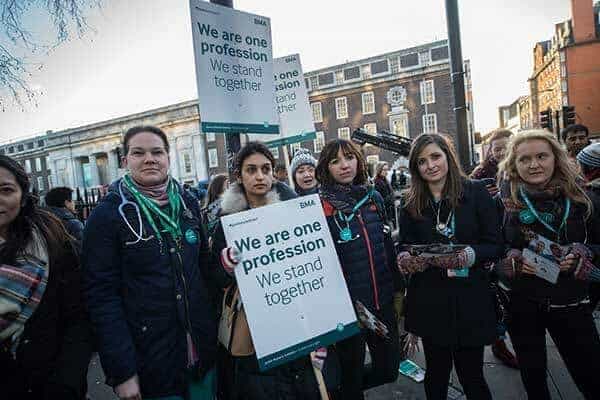 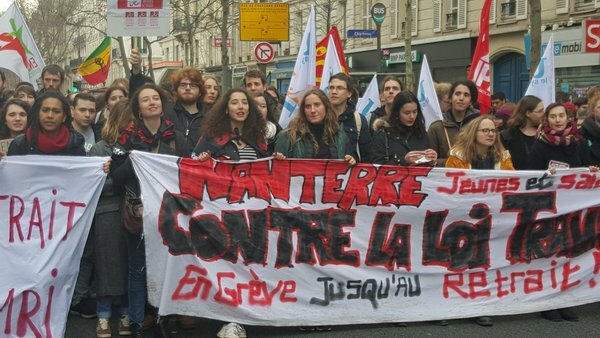 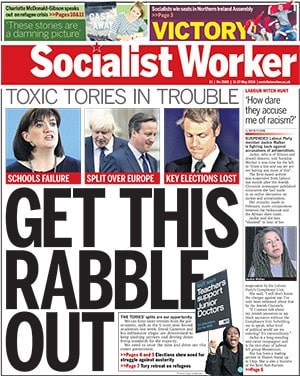 Tories are in trouble—strike to get them out 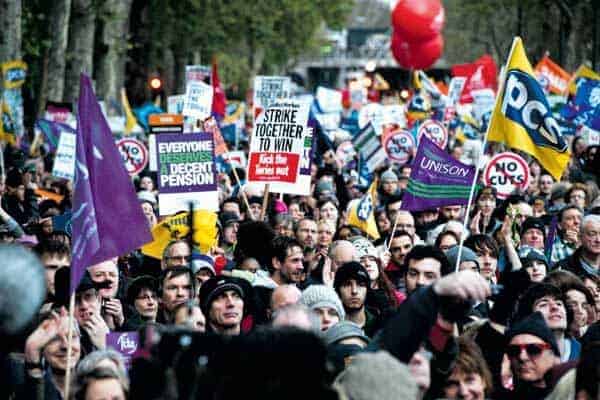