Members of the Bfawu bakers’ union at Gunstone’s Bakery in Dronfield, Sheffield, began a 48 hour strike on Monday of this week.

Bosses have been stalling on a pay offer. They said they wanted a redundancy process and would return to a pay offer in February.

But after 426 redundancies bosses said there would be no offer without changes to shifts and shift allowances.

One shop steward told Socialist Worker, “We will do whatever it takes to win.

“Members are angry that there is no pay rise and the bosses want to take money off them too.”

Another striker said “They want us to do 12 hour shifts. Our bodies can’t take it.

“We are on our feet all day on the production line.”

A delegation from the Hovis bakery in Wigan visited the picket line.

Bfawu Members at the Hovis bakery in Wigan are still in negotiations with bosses over plans to make 48 workers redundant. 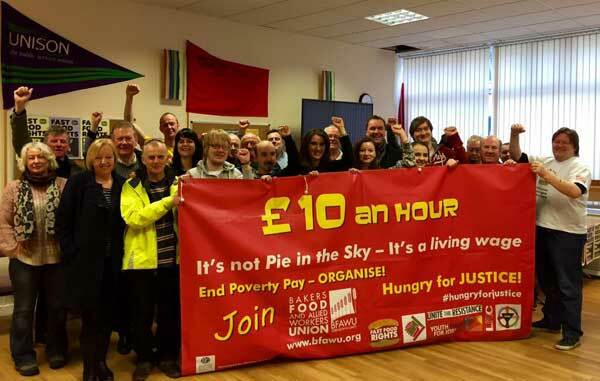