A GROUP of hospital strikers in Dudley who have fought an inspiring ten-month battle against New Labour’s NHS privatisation voted last week to return to work. But the 400 strikers remain defiant and determined to defend the NHS. The meeting expressed a whole range of emotions over their battle against the takeover by Interserve Facilities Management, part of the multinational Tilbury Douglas.

Joyce Elgerton, a domestic from Wordsley Hospital, summed up the strikers’ pride. She said, “We fought really hard. We tried really hard. I’m proud to have been on strike. I never really had that much to do with the union before, but I saw all four seasons on that picket line. “We went round the country, talked to people in workplaces, and we discovered we’re not on our own. “There’s schools, council housing and the trains. I’ve just had to pay my son’s fees to go to university. Everywhere there is privatisation through the back door.” Many strikers felt they could have won.

But they singled out two culprits who allowed the privatisation to go ahead-the government and their UNISON union leadership. Joyce said, “I blame the government. They’ve done it because a general election is coming up. “Our MP Ian Pearson says he is glad the contract has been signed. You’d think he would be glad to see us win and stay in the NHS.”

Anthony Harrington, a transport worker at Wordsley Hospital, said, “The government didn’t want us out causing trouble during the election. They didn’t want any pressure.”

There was a queue of suited UNISON officers at last Friday’s meeting. “Pity we couldn’t have seen you during the strike!” heckled one striker to rapturous applause and foot stamping.

Many strikers think UNISON sided with the government instead of throwing its weight behind their fight. “UNISON’s allegiance is to get the Labour Party in power, not to keeping us in the NHS,” said Joyce. Joyce’s workmate and fellow striker Barbara Smith added, “It’s not New Labour, it’s lying Labour. The union has to decide whether it wants to ally with New Labour or with us.” And Anthony said, “They kept saying they were doing ‘behind the scenes’ work, but we didn’t see any good from it. They were, and still are, too close to the government.”

The strikers were to march into work together on Tuesday of this week. The first transfer out of the NHS will now begin on 1 June. But the strikers are determined to maintain strong union organisation for the battles to come.

“How many members have we got in UNISON-1.3 million? Well, it seems to me the best way to fight PFI is to bring them all out on strike, and it would be all over in 24 hours.”

“I was nearly in tears when I heard the contract had been signed. How can you stand up and say you were with us side by side? We have been asking since day one for national action and a demonstration. You’re a disgrace.”

“I’M THAT angry I could rip the world up. You lot are not meant to be behind us-you’re meant to be in front. I stood on that picket line in the snow and rain, and I don’t want people with white collars and ties telling me I’ve got to go back to work.”

Comments like that from strikers threw UNISON general secretary Dave Prentice onto the defensive at last week’s meeting. He tried to regain some credibility by attacking New Labour’s privatisation under the Private Finance Initiative (PFI). He said UNISON has withheld 250,000 of a planned donation to New Labour’s election fund, but admitted over 700,000 has been donated

To which a porter shouted out, “Why are you spending 700,000 funding the Labour Party when you couldn’t spend a penny on a national campaign against PFI?” There was backing for the Socialist Alliance inside the meeting. Winifred Whitehouse said workers’ anger at New Labour should go in a positive direction. She urged support for striker Angela Thompson, who is the local Socialist Alliance candidate.

“We must fight to support Angela Thompson against a Labour MP we thought we could rely on for support. If you have not got such a candidate in your area, go where you can find one.” Half of the 80 strikers at a social event last Saturday offered their help in building the Socialist Alliance election campaign for Angela.

Burnley was 'a community under siege'

NHS: why hasn't Brown made the rich pay?

Unite Against Fascism conference this weekend 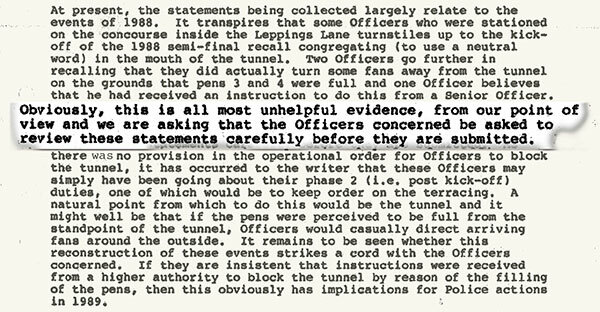