This article is over 10 years, 7 months old
Bus drivers working on National Express at the East Dock Street depot in Dundee walked out unofficially over working conditions on Thursday of last week.
Downloading PDF. Please wait...
Tuesday 24 May 2011

Bus drivers working on National Express at the East Dock Street depot in Dundee walked out unofficially over working conditions on Thursday of last week.

The walkout started at 10am after a meeting between management and the drivers’ Unite union failed to reach an agreement over management plans to increase drivers’ working hours from 40 to 43 per week.

Some 80 buses were withdrawn.

The chair and secretary of the local Unite branch were suspended when drivers walked out. Drivers returned to work and held further meetings, walking out again in the afternoon in protest at the suspension.

They resumed work on Friday. Unite regional officer Colin Coupar said that the company were trying to make an “example” of reps Rob McKelvie and Alan Clark, but that it is likely to result in more strikes.

London’s bus drivers have voted unanimously to demand that mayor Boris Johnson give them the same treatment already agreed for the tube and rail workers during the Olympics.

Drivers will have to carry up to one million more passengers during the Olympics, and deal with roads heavily congested by games-related traffic.

Peter Kavanagh from Unite said, “It is only right that some of the money generated by the London 2012 games goes towards rewarding those who will keep the show on the road.”

With the current attack on bus drivers’ pay and conditions, it is crucial that workers avoid no-strike deals and retain their full rights to take action—especially when the employers are vulnerable. 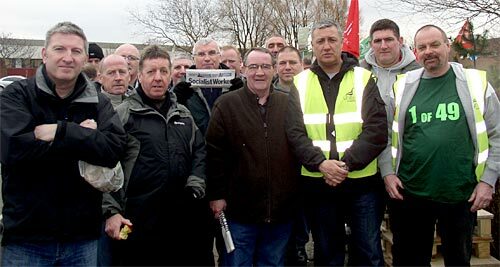 Packaging workers step up their action 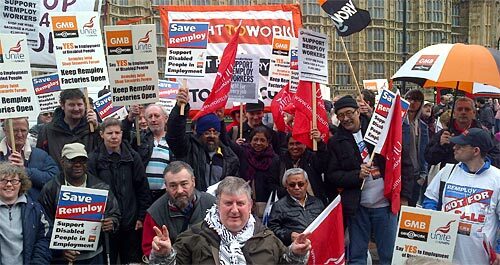