The NEU union members warn that losing their battle would open the floodgates to academisation across Newham
By Sam Ord
Downloading PDF. Please wait...
Wednesday 26 January 2022

Workers at Newham Sixth Form College (NewVic) in east London returned to picket lines for the eleventh day of strikes on Wednesday.

It marked the second day of a three-day walkout in the NEU union members’ battle over academisation, workload and bullying. And more strike days are planned from Tuesday to Thursday of next week if management doesn’t finalise a deal.

Simon, a teacher at NewVic, told Socialist Worker, “The local school here has been academised so NewVic is very important. Students from lower socio-economic backgrounds deserve better provisions. Academisation will never bring those to these students.”

Academies put profit before pupils’ education and school workers’ conditions. They bring the market into education—and demand schools prove they are “economically viable”.

Many NewVic workers fear that, if their battle is lost, it’ll open the floodgates to more academies across Newham.

Simon explained that they’re willing to join the picket line for weeks to come because it’s such as important battle. “Privatisation affects those at the bottom of society much more than those at the top,” they said.

Jane, a teacher, told Socialist Worker, “We are getting close to an agreement. Management has said they’re going to hold off academising until 2025, but that gives them the go-ahead to do it then.”

“Solidarity forever”
Strikers are in high spirits on the NewVic college picket lines in east London this morning. No to academisation. #Solidarity @antiacademies pic.twitter.com/7aEsphzv7m

Picket lines are full of placards and banners. Last weekend the strikers leafleted the local market where Jane said they had “great feedback”.

Parents and relatives supported the picket lines and have researched the dangers of academisation. “One woman who lives locally has two nieces and nephews at the college,” said Jane.

“She saw our large picket line and asked what was happening. We gave her a leaflet and she went home, photocopied it and spread it around.”

Jane and Simon say management face a simple choice. If they don’t want strikes, they must stop academising.

Solidarity has boosted strikers’ morale on the picket line. “Listening to students explain why they support us and listening to our colleagues’ frustrations and passion at the rally’s has really lifted us up,” said Jane.

Students have joined the picket lines, taken and shared leaflets and a handful have refused to enter the college.

The determination and strength of NEU members at NewVic can lead them to victory. They should continue to strike and refuse watered-down deals until bosses dump academisation and guarantee students and workers proper conditions. And every trade unionist and campaigner should build solidarity for their fight.

Workers’ names have been changed. 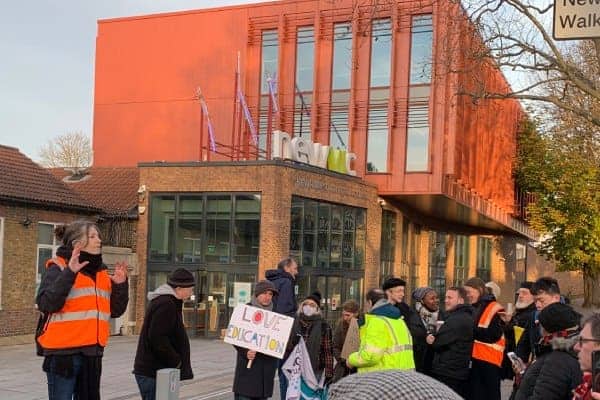 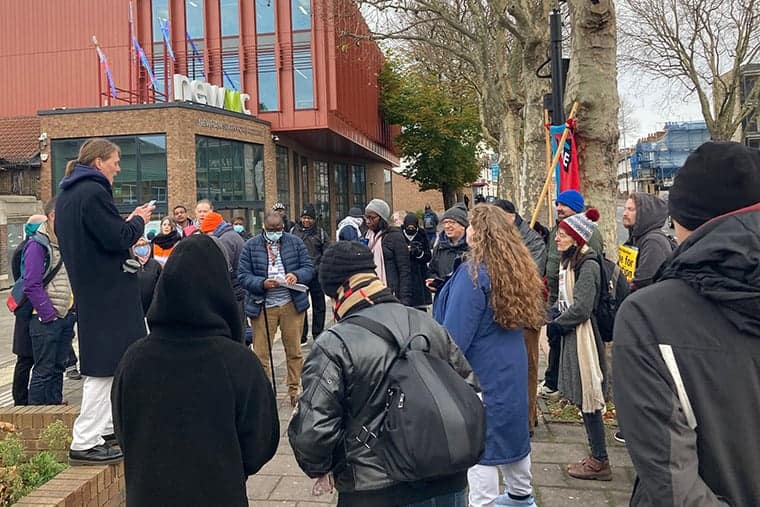