This article is over 9 years, 5 months old
Lorry drivers in Doncaster have called an all-out strike from Thursday of this week and a demonstration at their distribution centre on Saturday.
Downloading PDF. Please wait...
Tuesday 04 December 2012

Lorry drivers in Doncaster have called an all-out strike from Thursday of this week and a demonstration at their distribution centre on Saturday.

They work for Tesco, but since August have been employed by Eddie Stobart Limited (ESL). Within weeks of the transfer ESL had given them all termination of employment notices.

They have struck for five days so far in this dispute. ESL says it can cover the Tesco contract with its existing network and doesn’t need the drivers—but it has had to bring in agency drivers to break their strikes.

The drivers say the row is actually about getting rid of workers on Tesco terms and conditions to replace them with others on worse ESL contracts.

The workers are members of the Unite union. Their strike was set to begin after midnight on Wednesday of this week. Unite national officer Adrian Jones said, “The latest offer to settle this long running dispute was completely unsatisfactory”

He added, “The drivers feel that ESL wanted to get rid of them right from when they were transferred from Tesco to ESL in August. They will fight on, buoyed up by the magnificent support from the Doncaster public.”

Striking against sackings at Barnsley College 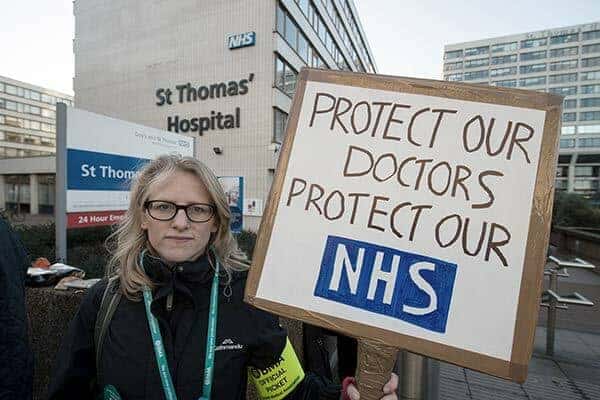