This article is over 14 years, 8 months old
A vigorous campaign by parents and pupils has put a stop to Edinburgh city council's proposal to close one in six schools.
By Terry Wrigley
Downloading PDF. Please wait...
Tuesday 04 September 2007

A vigorous campaign by parents and pupils has put a stop to Edinburgh city council’s proposal to close one in six schools.

Within three weeks of announcing the plans, Scottish National Party (SNP) councillors, who run the council in a coalition with the Liberal Democrats, have been driven to withdraw their support.

This is a fantastic victory and shows the importance of mass campaigns. It was achieved despite the council’s attempt to gag teachers and other employees.

Men and women who, in their own words, had ‘just been picking up the kids from the school gate a week ago’ have shown unprecedented creativity and leadership.

It is hard to remember such a rapid and energetic grassroots campaign. Seven days after the plan was announced, parents and high school students joined council workers in the Unison union striking against job cuts in a mass demonstration outside the City Chambers.

Campaign groups were immediately set up in many schools, and school students established a city-wide network. Parents have held meetings in many of the 22 nursery, primary and secondary schools due to close.

The closures were a massive attack on the quality of education in the city.

They would have had a particularly damaging impact on some of Edinburgh’s poorest neighbourhoods, and closed the high school with the highest proportion of ethnic minority pupils.

Pupils went on strike at four primary schools, Bonnington, Lismore, Craigentinny and Drumbrae, with full support from their parents.

About 70 parents and pupils turned out to the protest at Bonnington, with plenty of hand-made posters.

The vocal and colourful protest attracted lots of support from passing cars, vans and lorries.

Parents insisted that the council’s numbers just didn’t add up.

There isn’t enough space in the schools expected to receive their pupils, and class sizes would stick at 30 or more.

This is a clear breach of the new SNP government’s promise of class sizes of 18.

A good example of the campaign is Abbeyhill primary school. On Tuesday of last week, parents and pupils gathered on the front steps as lessons finished.

A noisy but well organised chorus chanted support for the school and demanded that it stay open. Parents held a meeting two days later, at which councillors were called to account.

The councillors were clearly embarrassed and uncomfortable.

Parents refused to accept their plea that they were just doing what the education officers advised – they insisted councillors must accept responsibility or call a halt to the cuts.

One parent shouted, ‘You’re like a nodding dog in the back of a Volvo!’

Abbeyhill is a popular school and almost full, but the council said it must close because many pupils come from outside the ‘catchment area’.

This is an artificial line, drawn only 50 yards from the school gate.

Parents are sure the real reason for the proposed closure is to sell the land – a prime site for new housing, very close to the Scottish Parliament.

Campaigners received immediate support and solidarity from parents at Leith Walk, the school that was supposed to absorb Abbeyhill children.

Leith Walk would have had to lose its nursery and after-school club, and have children taught in temporary classrooms without toilets.

Abbeyhill has a swimming pool and a playing field, but Leith Walk is on a very cramped site. The meeting discussed the environmental impact of parents ferrying children to school. Parents have done their research well.

A lot of new housing is being built, which will increase pupil numbers, but one campaign group discovered that the council wasn’t counting two-bedroom flats.

Housing is nearly as expensive in Edinburgh as London, so it’s ridiculous to imagine that no children live in two-bedroom flats.

The campaign was supported by education lecturers at Edinburgh university, who were able to publicly refute the claim that large schools are better.

The director of children’s services argued research shows that primary schools should be above 400, and secondary over 900 pupils.

The SNP’s education spokesperson finally agreed that the research was ‘not robust’, and that the closure plans were not compatible with their commitment to reduce class sizes to 18.

This is a victory not only for Edinburgh but for schools across Scotland and beyond.

Despite falling rolls, class sizes in Scotland have been stuck at around 30 since the 1970s.

The newly elected SNP government has promised to reduce them to 18 in the first three years of primary school, starting with the most disadvantaged areas.

The people of Edinburgh are determined this must happen. It is time they were joined by teachers, parents and students across Britain.

‘I’m very proud of what our campaign has achieved’

I set up a campaign to save my daughter’s nursery school. I got in touch with parents at other nurseries and then at other schools. We also linked up with Unison members from the council who are fighting cuts and job losses.

When we joined together it made the campaign much stronger. People weren’t just siding with their own school or nursery – they were united.

The schools and nurseries are at the heart of our communities which is why so many people got involved.

I am very proud of our campaign and what we have achieved in such a short time.

It has been brilliant to see people with no history of campaigning or public speaking getting involved and organising.

It reminded me of the stories of rent strikes in Glasgow during the First World War – how the women got together to oppose unscrupulous landlords.

We made a big impact and forced the SNP into a retreat. But we have to be prepared for future battles.

Steve Cardownie, the SNP deputy leader of the council, said that the future list of closures is likely to be shorter – so he still thinks there will be closures.

There is also an ongoing issue over attempts to make it even harder to get a full time nursery place than it is now.

This is a fight for the future of our children and our city. 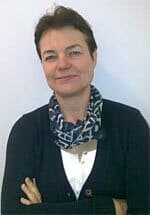