Edinburgh tenants tell how they fought off privatisation

This article is over 15 years, 11 months old
Council tenants from Edinburgh spoke to Kelly Hilditch about their recent victory and the fight for more investment they still face
Downloading PDF. Please wait...
Saturday 11 February 2006

Tenants, trade unionists and councillors from around the country were set to attend a mass lobby of parliament on Wednesday of this week to protest against the government’s policy of handing council homes to private companies.

The lobby was called by Defend Council Housing (DCH), a national coalition of housing campaigns.

One of the delegations will be representing the tenants and trade unionists in Edinburgh who won their fight against transfer to the private sector last December.

Some £2 billion worth of investment was offered as a bribe to persuade tenants to vote to transfer the city’s 23,000 council homes. But campaigners fought off the attempt, winning a no vote in the ballot.

Shamefully, the Labour-run council now plans to reballot certain areas in order to push the privatisation through area by area.

Mary has been a council tenant on the Fort estate for 20 years. She said, “It is incredibly important that housing campaigns from around the country are represented at the DCH lobby on Wednesday.

“Even if ballots have already been won or lost it is vital that council tenants and housing campaigners make their voices heard. Despite winning our housing ballot in Edinburgh we now face attempts by the council to pick off council homes in the city piece by piece.

“Edinburgh Against Stock Transfer (East) has been accused by members of the council of misleading tenants, of tricking them into voting no. But if you want to see dirty tricks look no further than Edinburgh council, which put £600,000 into their campaign for a yes vote.

“When you face a council that can spend huge amounts of money on advertising – glossy magazines and helpers going door to door to convince people – you need to really get organised to fight back.

“We spent a lot of time speaking to people on the estates. Tenants’ groups were set up last summer to give people the opportunity to talk through the proposals and what they actually meant.

“I found leafleting a really great way of getting to speak to people properly, and to explain the issues. We leafleted all the homes that were balloted.

“Tenants desperately need investment in our homes. New windows, kitchens and bathrooms are all well overdue – so the promise of billions of pounds of investment sounds like a good deal when you first hear about it.

“Of course it’s not, but you have to be clear about the arguments. The only way to win a ballot is to go out and speak to your neighbours win the argument with them, and build it up like that.

“To be honest, the fact that tenants in Glasgow are facing rent rises three years after the transfer of housing stock, despite promises of a freeze for two more years, helped our argument. It meant that people had an example right in front of them of just what the promises from the council were worth.

“As well as the regular tenants’ meetings we held stalls and ran petitions, but the main thing was talking to people.”

If Edinburgh council had got its way 4,000 homes would have been demolished and “affordable” housing built on the land. Mary said, “In reality this would mean pushing working people and those less well off to the edges of the city, out of sight and out of mind.”

Mary is clear that she wants more investment to provide decent council housing. “The council should now be looking at ways to improve council homes.

“The government would have written off the council’s £310 million housing debt if tenants had voted for transfer.This is public money so why is it only available for privatised housing.”

John is a tenant on the Pennywell estate. He said, “The council must demand that the investment from the Scottish Executive that was promised if the transfer went ahead is made available so it can upgrade the housing stock. They must go to the treasury and ask for the housing debt to be written off.

Paul Burnham was part of the campaign against the transfer and took part in this week’s lobby. He said, “We were told that Almos meant staying with the council.

“But the National Federation of Almos wants private sector ownership of Almos, to control our rent and service charge accounts, and the opening of Almos to private finance.  Some Almos are already setting up new private profit-making companies.

“Failing Almos could be merged, or forced to transfer their stock to housing associations. This would mean the wishes of tenants and the basis of the vote could be ignored.”

For more from DCH go to www.defendcouncilhousing.org.uk 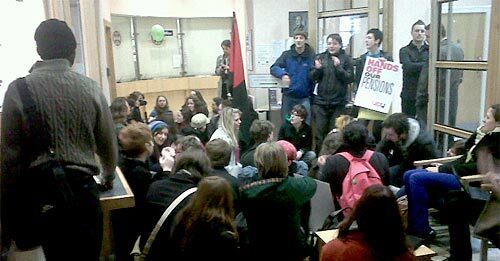 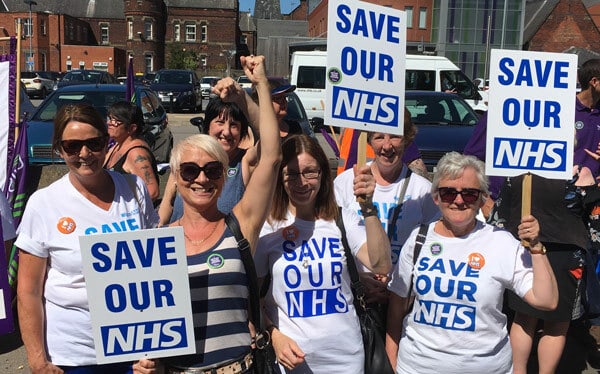 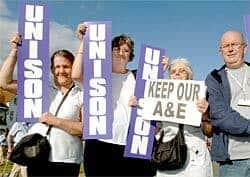