Representatives of the African National Congress (ANC) and Cosatu, the South African trade union federation, spoke alongside Omar Barghouti, Palestinian spokesperson for the call for Boycott, Disinvestment & Sanctions (BDS) on Israel, at meetings in London, Manchester, Leeds, Edinburgh and Glasgow.

The UCU lecturer’s union had brought this international team to London for a special conference, agreed at the union’s annual congress.

The meetings, arranged by BRICUP – the British committee for solidarity with Palestinian universities – discussed how to build an international anti-apartheid type movement.

An official Israeli spokesman denounced the move as “a slide towards a more general boycott”.

At the meetings, Ronnie Kasrils – a leader of Jewish origin of the ANC’s underground military wing and an ex- South African ANC government minister – warned that Zionism was worse than apartheid because it wanted to force the ethnic exclusion of Arabs from their own country or reduce them to a status of native Americans. Apartheid, he said, had “merely” exploited black labour along ethnic lines.

He insisted that a boycott movement was an essential tool of solidarity that sometimes tipped the balance in the battle against apartheid.

The powerful presence of Cosatu leaders Bongani Masuku and George Mahlangu symbolised the centrality of organised labour in the struggle against Israeli oppression.

Tarek Moustafa, from the newly independent tax collectors’ union in Egypt, joined the panel for the London meeting. He talked about how the emergence of free trade unions in Egypt increased prospects for solidarity with Palestine.

Omar also pressed conference on the need to sever relations with the Histadrut, the official Israeli trade union, which serves as an arm of the Israeli state in its oppression of the Palestinians.

The Scottish TUC, which hosted the Glasgow meeting, will identify practical targets and mount pressure on the Scottish government. Omar Barghouti welcomed this, pointing to successful pressure on Norway’s government to disinvest a major pension fund from the Israeli company Elbit which provides security systems for the Israeli Apartheid Wall.

So successful says Omar that Israel arrested anti-Wall activist Mohammed Ottman for no other reason than “revenge”.

The British TUC Congress call for BDS now needs to move beyond resolutions and into action.

Some of the goods won by the student occupations for Gaza – which swept Britain’s universities at the start of this year – are on their way to Palestine.

Equipment promised by universities in response to the student actions have been packed on board the Viva Palestina convoy, which is travelling to Gaza in time for 27 December – a year after the start of Israel’s bombing campaign.

The London School of Economics (LSE) student union has voted to twin with the Islamic University of Gaza as part of a continuing campaign of solidarity.

Students at other many other universities have raised money for the goods to be transported on the convoy. 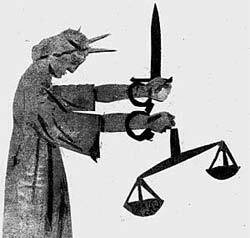 These anti-terror powers are about controlling dissent 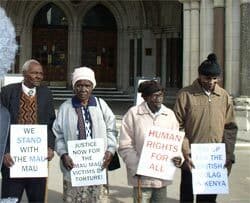