Empty promises from Hague Just 75p a week from Blair

Empty promises from Hague Just 75p a week from Blair

“NEW LABOUR and the Tories are fighting among themselves, but they are not helping pensioners. They have both robbed us.” That’s how Ted Jacks, a London pensioner, summed up the battle over pensions between the major parties last week. Both Tory and Labour claimed that their policies would be better at helping pensioners.

The truth is that the argument was like that between two thieves over who had been nicer to their common victim. The Tory claims are a con. The last Tory government broke the link between pensions and average earnings, which had been the cornerstone of guaranteeing pensioners any kind of decent income.

That has slashed the value of the state pension by 30 a week. But if the Tory pensions talk is a con, so is New Labour’s. The best the government could come up with in reply to Hague was to claim that his plan was no different to what the government was already giving pensioners. That is true, and underlines the depths of New Labour’s betrayal of pensioners. Three years into a Labour government, Britain still has the lowest state pension of any major European country. The charity Age Concern sums up the reality for pensioners in New Labour’s Britain. Age Concern says, “It is appalling that the poorest old people are effectively second class citizens excluded from doing things most people take for granted.” The basic pension for a single person is now just 67.50 a week, and 135 for couples. Yet New Labour refuses to restore the link between pensions and earnings. “New Labour has done nothing for pensioners,” says Ted. “We are living on the poverty line. “We had enough from 18 years of the Tories. But we’ve had Blair for three years and nothing has changed. We get nothing, but look at the fat cats. Look at money wasted on the Dome, or the pay-offs people like Robert Ayling get. I would never vote for New Labour again and there are millions of other pensioners who feel the same.” 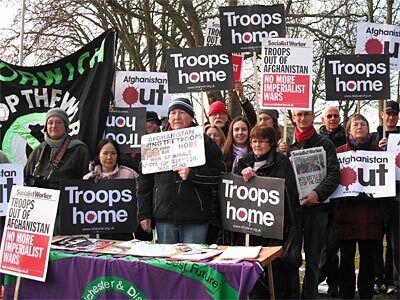