Escalate to beat the government

Our strike on Thursday and Friday is part of a crucial battle.

This all says a lot about the desperation of the government and how high the stakes are.

If Gordon Brown is determined to go ahead with these plans then it will take a high level of union action to stop him.

These plans are far more important to New Labour than the pay deals we have struck against in the past.

The union is holding a meeting of branch representatives on 11 February to assess the action and decide on further action.

The group executive which runs the union in the DWP is meeting next week.

If we want to beat back the government we will need further, escalating action.

The Northern Ireland civil service workers’ union Nipsa are balloting over pay. If they win that will shake everything up.

It is also encouraging that other unions are planning to ballot their members over pensions. We should link up with their action in the future, making us even stronger. 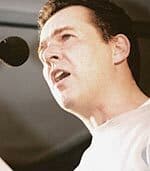 Civil service workers: fighting to save jobs and services