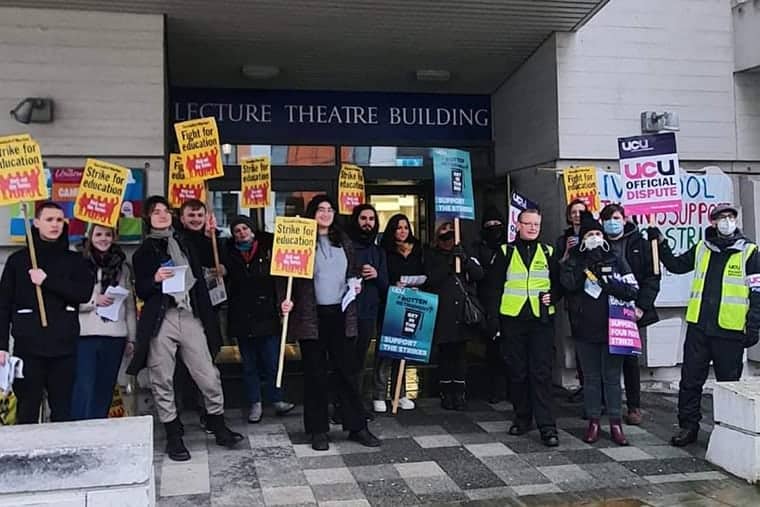 Solidarity on the picket line in Liverpool

Workers mounted lively picket lines at 44 universities across Britain on Tuesday. It marked the second day of a five-day walkout by UCU union members against bosses’ plans to slash the USS pension scheme.

Julia, a UCU member at Imperial College London, said she thought working at a university would guarantee a decent pension. “It can’t be considered that our pensions are good anymore,” she told Socialist Worker.

Rich is also a researcher at Imperial College on a two-year contract. “The university has money for shiny new buildings, but hasn’t bothered to provide new equipment,” he told Socialist Worker.

Strikers link the attack on pensions to marketisation in universities. Imperial has had to continue with online teaching because resources don’t match student numbers. “Some courses are so oversubscribed that it’s impossible to fit all the students in the same lecture theatre,” Rich explained.

Roddy Slorach, UCU branch secretary at Imperial College, said that the only way to stop the cuts is to escalate strikes. “There has to be a very important debate about how we win, and so the strategies of how we win are very important,” he told Socialist Worker.

“The most important thing is to build member-led trade unionism and member-led action, strikes committees, democracy and more bottom-up campaigning that makes our union stronger.”

At York university strikers and students stressed the importance of solidarity at a rally of up to 50 people. Strikers at King’s College London saw solidarity from other unions, including Unison and UVW.

There were large pickets at City university in London. Management have recently threatened to deduct 100 percent of workers’ wages if they refuse to reschedule classes cancelled due to strikes. 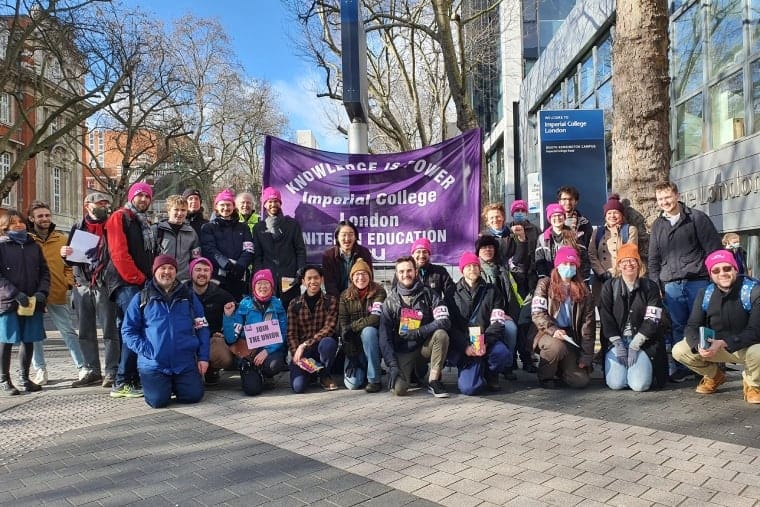 The NUS student union has called a Student Strike for Education on Wednesday 2 March, which all students should build to be as big as possible.

Natalia, a physics student at Imperial College, explained why student solidarity on the picket lines is vital. “A majority of over 70 percent of students at Imperial voted to support the UCU,” she said. “But solidarity is not always a given, and we still have a lot of work to do.

“University bosses would like students to believe the lie that it is us versus our lecturers—but it’s not. Staff and students should unite against exploitative management.” Solidarity from students and other trade unions will be essential.

Carlo Morelli is UCU Dundee university branch co-chair and a former UCU negotiator for USS. He said, “We already know employers will sit out time-limited and non-escalating action. The reliance on token, demonstrative action before 2018 is how the employers gained the confidence to push forward the changes to the scheme in the first place.

“It was only our action in 2018 that pushed this back. Since 2018 the employers have again worked to maintain their unity in the face of time limited action.

“We now need to firmly put escalating and indefinite action back at the top of the agenda.”

He called for “further action through March to the end of the semester”, saying, “escalating and indefinite action is the way to win.” 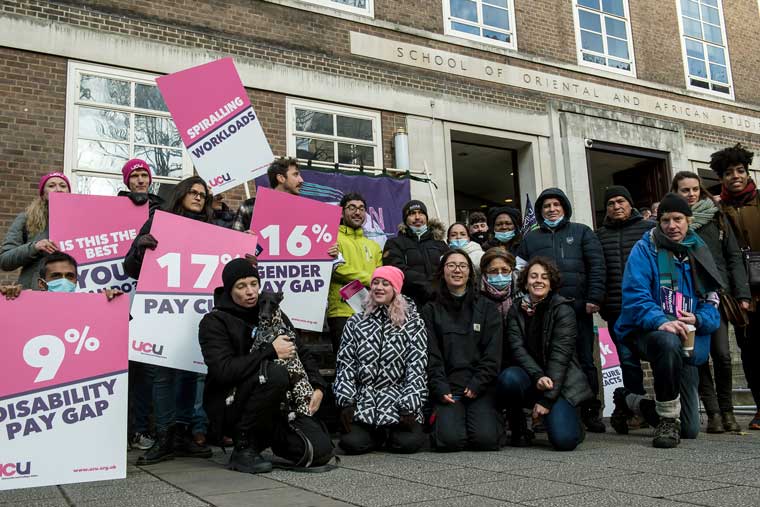