This article is over 9 years, 6 months old
Essex firefighters plan to lead a march through Chelmsford when they strike on Wednesday of next week.
By Tom Walker
Downloading PDF. Please wait...
Tuesday 10 July 2012

Essex firefighters plan to lead a march through Chelmsford when they strike on Wednesday of next week.

The FBU firefighters’ union members are inviting firefighters and trade unionists from other regions to join them in their protest over job cuts.

FBU regional secretary Adrian Clarke told Socialist Worker, “Firefighters will be coming from all over the country.

“I’ve put out the invitation to other trade unionists to come along too. These cuts are in the fire service—but they’re part of the general cuts agenda.

“We joined the marches on 30 November last year even though we weren’t on strike. Now we want others to join us.”

The firefighters struck for one hour at 4am last Saturday. The week before that they struck for eight hours and picketed fire stations across the county.

Now they plan to escalate their strikes by walking out for 24 hours from 9am.

It is the latest phase of a long-running battle that has seen Essex firefighters take action short of a strike for an incredible three years.

The union has been in exploratory talks, or “talks about talks”, through conciliation service Acas.

But bosses have stepped up their attacks. They have brought in a new “fast track” disciplinary process for managers to use against firefighters.

Fire bosses were even spotted recording pickets with video cameras during the last strikes.

More strikes are planned for 18 August and 18 October. “We’re nowhere near a settlement,” said Adrian.

“We’ve called the strikes until October, but we’ve made clear that it doesn’t mean there won’t be more.”

One in five posts gone

If the planned cuts go ahead then Essex fire service will have lost one in five firefighter jobs since 2008.

Some 100 full time posts and 80 part time ones have been slashed in the last four years.

The bosses are making these cuts by decreasing the number of fire engines and firefighters that are sent to incidents.

“But when you need it, when you’re in a car crash, you want the right amount of people there with the right equipment.”

Local Tory MP Priti Patel has denounced firefighters’ strikes as “dangerous” acts. But it’s the bosses who are putting lives in danger.

Adrian added that sending out more fire engines to a call means there is a greater chance of one turning up faster. This is vital given that fires double in size every minute.

“You get to fires and find lots of people now have no insurance, because they can’t afford it. It’s heartbreaking when you see the damage a fire does.” 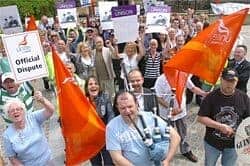 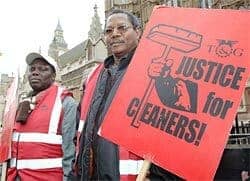 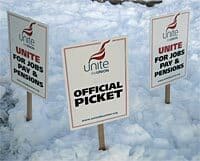