This article is over 12 years, 5 months old
Cleaners working for Eurostar contractors The Carlisle Group are to ballot for strike action over pay, conditions and management bullying.
By Matthew Cookson
Downloading PDF. Please wait...
Tuesday 18 August 2009

Cleaners working for Eurostar contractors The Carlisle Group are to ballot for strike action over pay, conditions and management bullying.

The mainly migrant workers at St Pancras International struck for a pay claim based on the London Living Wage against their previous employer OCS in August last year.

OCS then lost the cleaning contract and was replaced by Carlisle.

But Carlisle has failed to make any pay offer for 2009 and has instead tried to push the pay settlement date back to 2010.

It has also announced 14 compulsory redundancies at St Pancras.

This is despite the fact that the service is under-staffed.

Some workers believe that the attacks are an attempt to weaken the RMT union, whose strength at Eurostar has been built up over many years.

Some staff have been told to use the machines even after an overwhelming vote by RMT members to boycott them.

To top it off, RMT rep Mohammed Yellow has been suspended for ten weeks on charges that the union believes to be false.

The RMT has also collected details of cases of bullying and harassment of staff.

One cleaner told Socialist Worker, “The company made me redundant last Friday, along with a number of other people.

“Some are working until November but I have been told not to go back.

“People are angry about this. We can’t understand why they employed people a few months ago and are now getting rid of others.”

RMT general secretary, Bob Crow, said, “Staff working for Carlisle Group at St Pancras International have been subjected to some of the most draconian working conditions in the transport industry.

“It’s like a cross between the Dark Ages and 1984. The RMT has decided that enough is enough.

“We will begin balloting for strike action on 25 August and will be calling for public support—particularly from Eurostar passengers who benefit from the hard work of the cleaning crew.”

Cleaners at the Temple Mills Eurostar depot in Leyton, east London are not involved in the ballot as they are still employed by OCS. 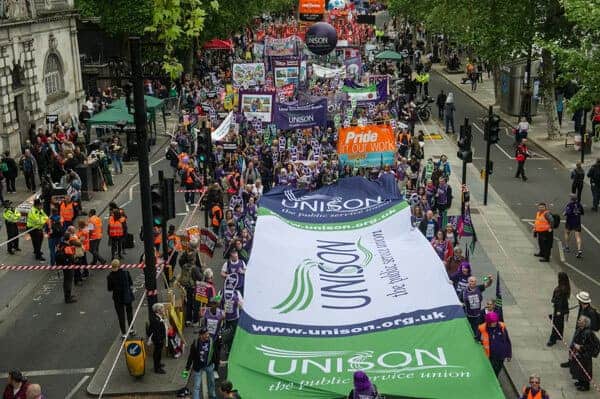 Staring reality in the face