Everyone on to the streets for 18 June TUC demonstration

It needs to be a launchpad for strikes and more mass protests
Downloading PDF. Please wait...
Monday 30 May 2022 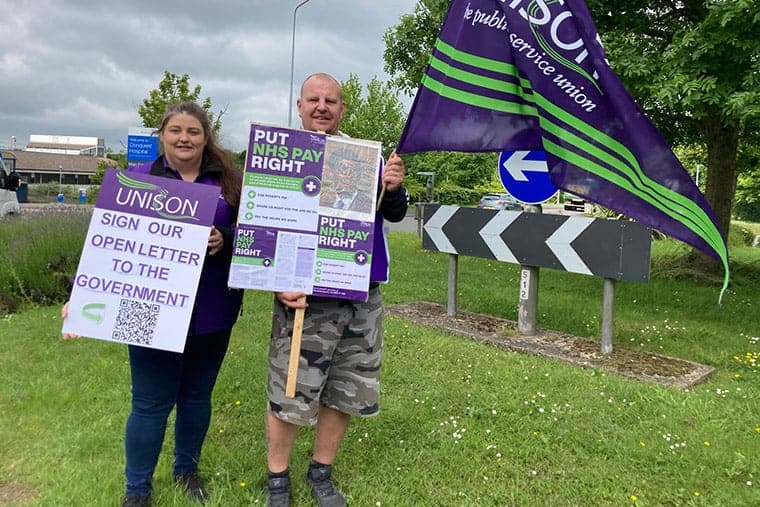 The “We Demand Better”  demonstration called for 18 June by the TUC union federation in London has to be a major focus for ­everyone who wants to see a bigger fightback against the Tories and their system. In many areas trade ­unionists and campaigners are organising to hand out leaflets for the march.

The TUC is appealing for activists to turn out across Britain next Wednesday, 8 June, to leaflet train stations. There are also a series of local meetings set up to bring people together to boost the demo.

On Thursday last week 75 people came to a rally in Hastings. Bella Fashola, RMT union rep for the Churchill train cleaners, described their fight for £15 an hour and called for support on their picket lines over the Jubilee bank ­holiday weekend.

Darren Smith, GMB union convenor for the Hastings refuse collectors said, “We’ve discovered our own worth and we’ve learned how to fight.” Paul Jones, Unison union rep at the local Conquest Hospital, said, “We are watching the NHS die due to government cuts and ­workers’ poverty.”

Max O’Donnell-Savage, from the Unite union focussed on what happens after 18 June and the need to build power in the ­workplace to organise and fight for a better world. Kevin Maguire, associate editor of the Daily Mirror, called the meeting inspiring.

The main keynote speaker was Dave Ward, general ­secretary of the CWU union. He called for a mass ­turnout on 18 June.

He added, “We want the Tories out but we’re not simply handing over to Labour. We need real change for working people. So 18 June is just the start. The plan is to build a new social movement with trade unions working with community organisations to build collective action.

Hastings Trade Union Council has booked ­transport for 18 June and plans for workplace leafleting and street stalls to publicise the protest. The demonstration must be built as big as possible. It can help more workers feel confident to fight over pay and other issues.

But it must be the ­beginning of real struggle, a launchpad for the big strikes and further mass demonstrations that are so urgently needed.