Everyone should stand with Insulate Britain activists after jailings

The jailing of five Insulate Britain activists is a threat to our right to protest, strike and take direct action
By Sophie Squire
Downloading PDF. Please wait...
Friday 04 February 2022 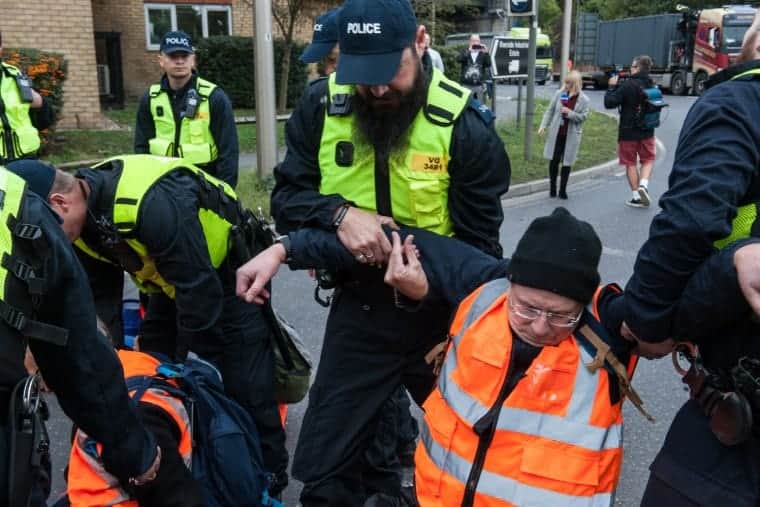 Five Insulate Britain activists were jailed the day before it was announced households’ fuel bills would go up by a staggering 54 percent.

El Litten, Theresa Norton, Steve Pritchard and Diana Warner, were handed sentences of between 24 and 32 days on Thursday. Ben Taylor, who was up for release from a six month sentence,  this month, will be inside for an extra 32 days. Another 11 members of the group were handed a suspended sentence.

They were all sent down for breaking an injunction that banned Insulate Britain from blocking the M25 motorway in October last year. Litten, Norton, Pritchard and Warner had harsher sentences, because they glued themselves to the steps outside the court and were then arrested.

Government-owned company National Highways has claimed £159,216.20 from the defendants.

During his trial last year, Taylor told the Royal Courts of Justice, “We obviously didn’t do this for personal gain. We did take responsibility for our actions. And I did them in an attempt to mitigate the suffering of people in this country who cannot insulate or adequately heat their homes.”

Norton, a Labour councillor for Scarborough, said, “A recent report by Scarborough borough council concluded that 25 percent of the residents I represent are living in fuel poverty.

“That’s one quarter of my ward who either have to go cold or hungry every winter. Who cannot feed their families. Children going to school hungry and struggling to learn.

“Who cares about them? Certainly not our local Tory MP, Sir Robert Goodwill. He has consistently voted against every motion that has come before him that would help alleviate the suffering of thousands of his constituents.”

Another activist, Stephanie Aylett, added, “The longer we fail to act, the greater the challenge awaits our children. On our current path, their lives will be filled with food shortages, floods and war.”

“We focused on insulation, as our housing energy is responsible for around 16 percent of total emissions. Unfortunately, it was only by causing some disruption that we succeeded in prompting the media to focus on the issue of fuel poverty in Britain.”

Socialists, trade unionists and other climate activists should stand with Insulate Britain as they face state repression. It is right to take militant action to stop climate catastrophe. But protests will be more effective, if they are larger and draw in a wider layer. And building that larger movement is also vital to take on the Tories’ protest-smashing police bill, which ramps up state repression. 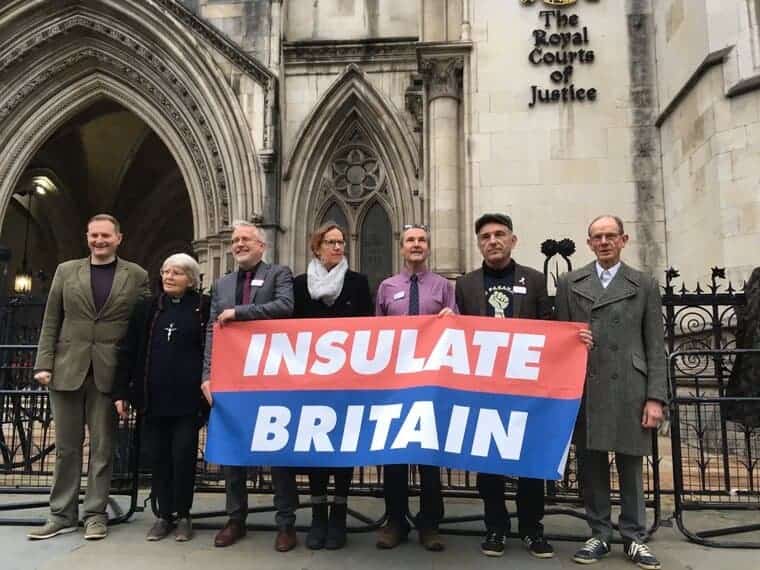 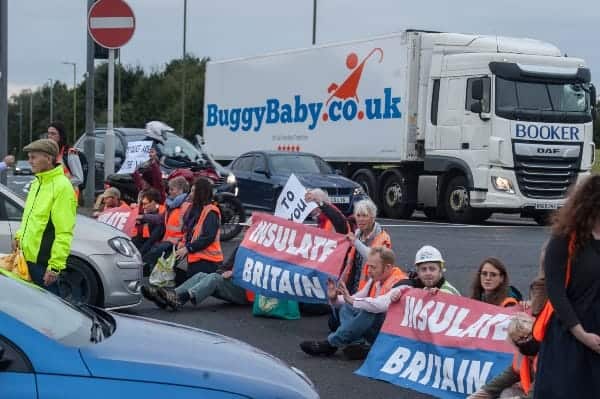