Evidence of a new construction blacklist

The Scottish Affairs Select Committee is to look into new revelations of a secret blacklist that denies work to some construction workers.

A programme shown on Danish TV last week said international employment agency Atlanco Rimec, which has an office in Northampton, was blacklisting workers who joined unions.

Those who complained about pay, or joined a union, were not given further work.

A former manager of Atlanco Rimec speaking anonymously on the programme said, “Atlanco Rimec does not tolerate workers who have dealings with unions.”

Electricians and supporters were set to join protests across Britain on Friday of this week against construction bosses using loopholes in tax laws to attack workers wages: 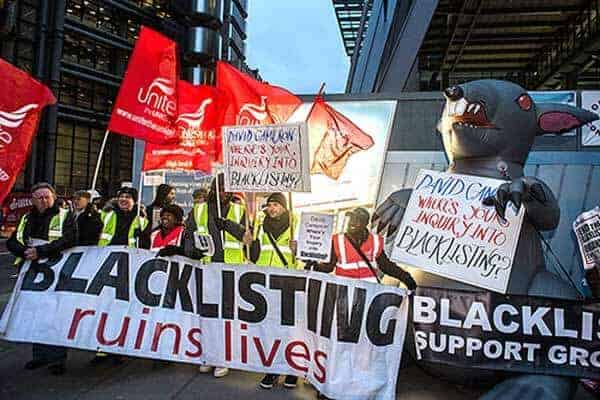