This article is over 10 years, 3 months old
Rula al Saffar is the president of the nursing union in Bahrain, assistant professor at the college of health science and head of the emergency nursing programme.
By Judith Orr & Dominic Kavakeb
Downloading PDF. Please wait...
Saturday 01 October 2011

Rula al Saffar is the president of the nursing union in Bahrain, assistant professor at the college of health science and head of the emergency nursing programme.

She has just been sentenced to 15 years in prison – one of 20 medical workers, including doctors, nurses and paramedics, jailed this week in a military trial.

Their crime? Treating the injured during the demonstrations in February this year, which saw the Pearl Roundabout in the centre of Bahrain’s capital Manama occupied by protesters calling for democracy.

Rula spoke to Socialist Worker as she awaits the result of her appeal – and made a call for solidarity from health workers.

“We are all professionals, health workers and medics who helped people in a crisis,” she said.

“I believe we are being punished because we are witnesses to what happened here on 17 February. That was the day they started using live ammunition on people.”

“We worked for days as volunteers, without sleep, in the hospital to treat the injured,” she continued. “They came in suffocating from tear gas, their backs filled with pellets because they had been trying to run away.

“My job is to treat. People came to the hospital because they saw it as a safe haven. We all thought that it was safe under the terms of the Geneva convention.”

But after suppressing the demonstrations, the government launched a campaign of persecution against the medical professionals inside Salmaniya.

The charges against the medics are a strange mix of accusations. The government is arguing that the medics tried to turn the hospital into a site of protest and wanted to bring down the state. They also stand accused of fabricating injuries against protesters.

“The court accused me of organising a coup d’etat,” said Rula. “They say I took blood from the blood bank to the demonstration at Pearl Roundabout and smeared it on protestors to make it look like they had been injured.

“If I’d wanted to do that I could have used tomato sauce or dye.”

Since the protests began around 40 people have been killed and thousands injured. No exaggeration of the truth is necessary in a country where repression is routine.

47 medics were arrested in total and detained without trial for several months. Many say they were tortured during this time – including Rula.

“For the first week I was held in isolation in a freezing dark cell,” she said. “Throughout the five months I was tortured and sexually harassed.

“I was not read my rights. I did not see a lawyer. I was made to sign a confession blindfolded.

“I saw my family for the first time after three months. But it was only three minutes a week.”

Rula was the first from the hospital to be arrested in March – and the last to be released five months later.

Following a hunger strike the medics were released on 8 September, to huge jubilation. It was not known that for many it would be a last chance to say goodbye to their families before being jailed again.

All those accused strongly deny the accusations – and many international organisations have been quick to defend their work.

Richard Sollom, deputy director of Physicians for Human Rights, described the treatment of the Salmaniya workers as “the worst violation of medical neutrality he’s seen in 20 years”.

Rula is calling for solidarity from across the world.

“My job is to treat,” she said. “If it happens again I will do it again. Never forget your oath or your ethics. We did not forget.

“I am begging and appealing to health workers and medics everywhere for help. I don’t want to spend another day in prison.

“Please write and appeal against what has happened to us. If it was them, I would stand up. Let them protest all over the world.”

For the full interview see this week’s Socialist Worker

From Bahrain to Brooks 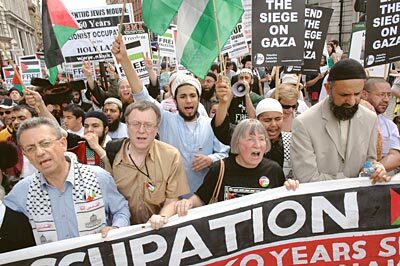 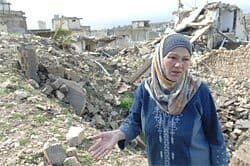