This article is over 19 years, 9 months old
A major challenge faces every anti-fascist and anti-racist. Nazis from Nick Griffin's British National Party are desperate to secure a breakthrough in the local council elections on 2 May. They want to emulate their counterparts in Europe, where Nazis have won seats in council and European parliamentary elections.
Downloading PDF. Please wait...
Saturday 06 April 2002

A major challenge faces every anti-fascist and anti-racist. Nazis from Nick Griffin’s British National Party are desperate to secure a breakthrough in the local council elections on 2 May. They want to emulate their counterparts in Europe, where Nazis have won seats in council and European parliamentary elections.

The BNP would like a repeat of what happened in 1993, when Derek Beackon conned voters into electing him to a council seat in east London’s Isle of Dogs. He was kicked out of office seven months later. The key areas the BNP Nazis are now targeting are Burnley in Lancashire, Bradford in Yorkshire, Oldham in Manchester, Tipton Green in the Black Country, and Bexley in south east London.

They are now trying to pose as supporters of ordinary people over issues like council housing. But they shouldn’t be allowed to fool anyone. They are Nazis to the core. They deny the existence of the Holocaust, when Hitler’s Nazis murdered six million Jews.

BNP leader Nick Griffin has been a member of every main Nazi organisation in Britain at some point over the last 25 years. He says people on housing estates are ‘scum’. Leading BNP members have a string of convictions for violence, terrorism and race hatred. Tony Lecomber, Griffin’s right hand man, has 12 convictions.

These include possession of home-made hand grenades in 1995, and three years in jail in 1991 for a savage attack on a Jewish schoolteacher in east London. Behind every Nazi trying to pose as respectable is a gang of thugs eager for violence. Anti-Nazi campaigners have been out exposing the truth about the Nazis. They have been leafleting, canvassing and speaking to voters in the areas targeted by the BNP, urging people not to be conned into voting Nazi. This work now needs to be stepped up and involve as many people as possible. 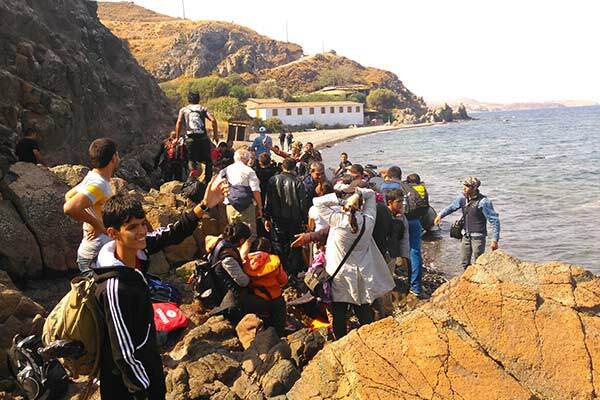 Marxism 2006 festival of resistance this week