Extinction Rebellion (XR) kicked off ten days of protests on Tuesday with defiant action in London, Cardiff and Manchester.

The climate change direct action group is planning disruption in the three cities to draw attention to ecological disaster.

“The government is failing to do what’s necessary to keep people safe. We are here, taking action, because they criminal negligence is putting lives at risk,” said XR.

“They must not be allowed to carry on like this.

“We have an opportunity to turn this sinking ship around but we must act now, not next year not in ten years. Now.”

Thousands of people marched in London to demand that the Climate Change and Ecological Emergency (CEE) Bill is passed by parliament, back on Tuesday after its summer recess.

Hannah told Socialist Worker she had travelled from Salisbury to be part of the rebellion. “We need some action and we need MPs to back the CEE Bill—although who knows if they will with a Tory government,” she said.

The bill, spearheaded by XR activists, calls on the government to take urgent action on climate change. It argues for a comprehensive plan to deal with emissions and halt temperature rise and to actively conserve and restore nature. It also demands Citizens’ Assemblies so ordinary people can have a say.

Eighteen year old Io was at her first rebellion and said she was drawn to action because “it’s so important to do something”.

“We are starting to see the effects of climate change now,” she told Socialist Worker. “The US had two hurricanes at once and the Caribbean is suffering from storm after storm.”

Talks, Citizens’ Assemblies and rallies are due to be held there throughout this week and next. Thousands of rebels marched on the roads circling parliament square, led by the beat of several samba bands.

In Manchester, hundreds of people gathered in St Peter’s Square, and in Cardiff they streamed into the streets.

It follows regional rebellions across 30 different locations last weekend, where activists held small scale actions to draw attention to this week’s rebellion. Despite the onslaught of Covid-19—and the threat of a £10,000 fine faced by organisers—activists said it was critical to keep pushing for urgent action.

Hannah she said it was hypocritical for politicians to criticise XR for taking to the streets, because “There’s some sports matches going ahead and this seems more important.”

Most rebels wore fare masks and there were efforts for people to remain at a distance from each other.

The first day of the rebellion drew in different strands of the environmental movement.

One protester, who had been campaigning against HS2 since April said, “We have to act now to avoid catastrophic consequences of climate change. We are facing millions of deaths especially in the Global South.

“Climate change is not something happening in the future—it’s happening now. For some, it’s already game over.  The sooner we act, the more lives we save.

He said that activists were hoping the rebellion would “kickstart the environmental movement”.

“We’re here because we want to live and we want our families to survive,” he said.

Linda told Socialist Worker she had come from east London because “there’s no other option—we’re running out of time”.

XR has always been at its strongest when it has taken to the streets and drawn in tens of thousands of people.

It should ensure its focus is on mass participation by ordinary people, and not lay all its hopes on the machinations of parliament. 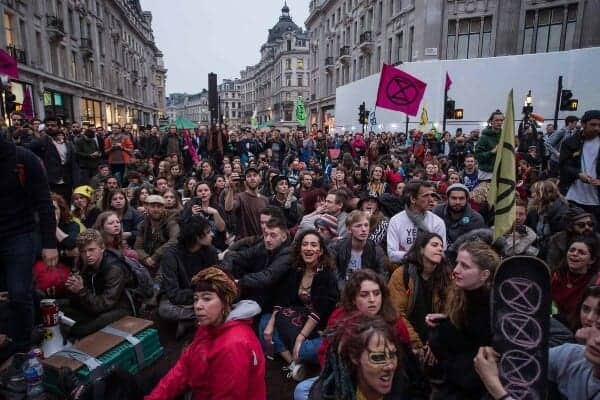 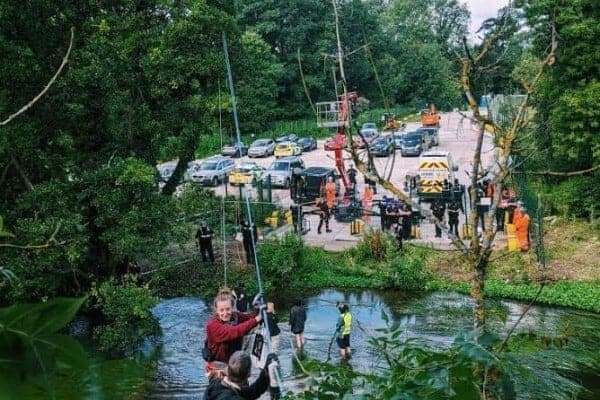 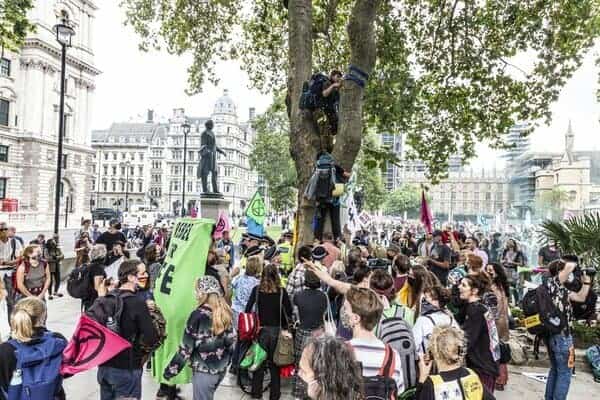