London was besieged for a second day by protests and occupations over climate change on Tuesday.

Called by Extinction Rebellion, the first 48 hours of action saw huge disruption to the city.

Cops made another wave of arrests at the protest on Waterloo Bridge, central London, on Tuesday afternoon.

But protesters remained at all five sites across central London on the second day of their week-long action—after the cops’ first attempt to clear Waterloo Bridge failed.

Cops followed the same tactics as the previous night—singling out individuals and asking them to leave before arresting them.

But protesters refused to move and there were still large crowds gathered to block the road. Many more were behind them with several marquees, a stage and a skate ramp.

Crowds cheered for every person taken away, and some shouted “thank you” to them. Some danced in front of police to a portable sound system while others chanted “We are peaceful what about you?”

Many of them had arrived to support the site on the bridge after cops’ first attempt to clear it on Monday night.

One protester, who arrived in the morning to hold the road, told Socialist Worker, “I wasn’t here yesterday at Waterloo Bridge, but I heard there had been lots of arrests.

“People seem positive here this morning. I think it was thin on the ground at first but there’s a lot of people behind us now and that’s reassuring.”

He added, “Not everyone is prepared to get arrested, but that doesn’t matter. For everybody to get arrested is pointless. There needs to be people to support and give their bodies to the movement by staying on the streets.”

Another protester told Socialist Worker, “We’ve got ‘arrestables’ who are prepared to get arrested—they want to. The more people arrested the better. It makes a point.”

Activists at other sites had also heard of the attempt to clear the bridge. Melanie was on her second day on a roadblock in Parliament Square. She said, “The arrests are what make the news. It also shows the lengths that people are willing to go to.” 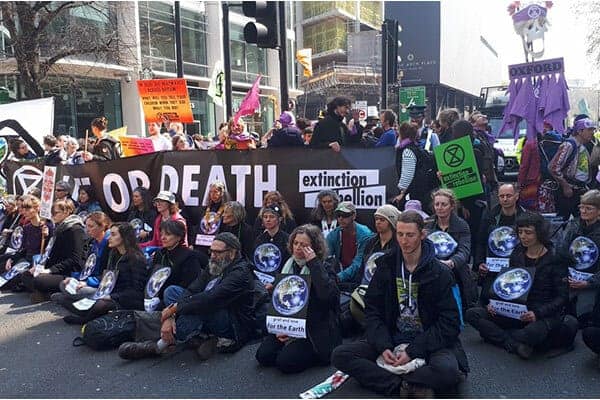 Extinction Rebellion, day one of the climate revolt
Read More

On the second day of action, the crowd in the square was much smaller. But activists remained on the road at each entrance to the square, ensuring the area stayed shut off to traffic.

She added, “I’m tired—but excited. This is my first time doing anything like this. It’s a really great atmosphere. The response from the public has been really good too. We’ve had lots of people saying “well done,” and “we’re with you”.

Overnight shifts on road blockades throughout the city endured the cold and kept the occupation going.

Activist Lora was one of those who had stayed awake for much of the night.

“It’s really uplifting to be here” she told Socialist Worker. “I was part of the wellbeing team until 1.30am handing out tea and snacks to people. I’ve never done anything like this before.

Although Lora originally volunteered to help with admin, she has quickly found herself getting involved in more aspects of organising.

“I was nervous before I got here because it was out of my comfort zone but as soon as I arrived I felt better, the atmosphere is great” she said.

The mobilisation at Marble Arch is a key organising hub for much of the rebellion—and has drawn in activists from across the country.

“We need to be here because most people don’t know about it. They need to know what’s going on and need to care about it,” she said.

Handing out leaflets and waving a now-iconic XR flag, Nissma argued for collective action. “This isn’t just about one person stopping using a car—we have to make it as large as possible,” she said.

A mile away at Piccadilly Circus, the XR Youth group took over the roads with a screen printing tent so they could decorate their clothes with the XR logo and symbols.

Students set up roadblocks so the junctions were blocked on all sides.

Lorry was attempting to do his maths homework while being part of the sit-in.

“I’ve got my A Levels in 45 days but we’ve got to do something about global warming. The politicians aren’t looking at it correctly,” he said

“We need ordinary people out so the high up people can hear.”

Dance student Ciara was also part of the same action—“I’ve been involved in XR since November,” she said.

“We need to act now because it’s too late. We’re non violent, as soon as it gets violent people don’t listen.”

By the second day, there still wasn’t much discussion about what the next steps were or the direction for the movement after the action. But everyone agreed protests had to continue as long as possible—and hoped to replicate them elsewhere.

Nicholas, on the roadblock at Waterloo Bridge, told Socialist Worker, “I came down from the north east, and we’re hoping to do the same sort of thing next week.”

Another activist who had come from Bristol said, “The movement will move forward even if this ends tomorrow. It’s about keeping up the momentum and keeping the pressure on.”

“Everything we do is about making people more aware,” she said. “It’s really important that other people understand the scale of what’s happening.”

Many other activists also focussed on what they can do to spread the message about climate change. At a “people’s assembly” that toured the roadblocks, participants shared their ideas.

This is my first time doing anything like this. It’s a really great atmosphere

One, a doctor from Norfolk, said, “I’ve done a lot of thinking about what I can do to prepare my children for climate change and I can’t. So the only thing I can do is try and stop it—and that’s why I’m here, on leave from work, freezing my arse off.”

Another, a climate researcher, said her work led her to the conclusion “that it’s not enough to be a good, law-abiding person. We have to challenge the system. So I’m sad that we’re disrupting London—but it’s the right thing to do.”

The assemblies also have the potential to become places to discuss political ideas. Organisers had invited journalist Nicholas Shaxson, author of Treasure Islands which exposes the complicated ownership ploys bosses use to avoid tax 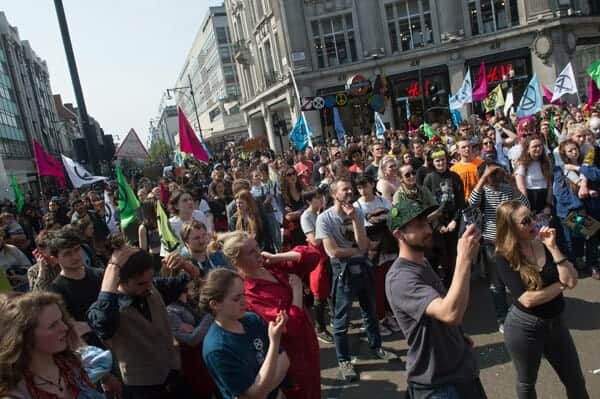 He spoke alongside Naomi Fowler of the Tax Justice Network on alternative economics.

“You need to change the shareholder extraction ideology to make change.”

Fowler added, “Markets are not going to do anything to solve our problem.” She argued that, “We need more climate taxes, but we need to do it in a way that doesn’t cost more people while leaving the people at the top.”

She said the Yellow Vests protests in France were an example of “People rising up because they have been made to pay unfairly.” 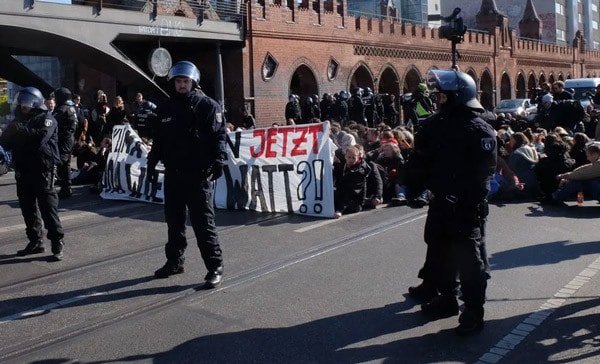 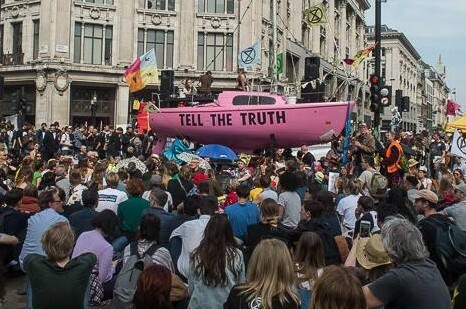