This article is over 12 years, 1 months old
A damning report into hospitals last week claimed many were so sub-standard that over 5,000 patients had died in their care—despite being admitted with low-risk conditions.
By Yuri Prasad
Downloading PDF. Please wait...
Tuesday 01 December 2009

A damning report into hospitals last week claimed many were so sub-standard that over 5,000 patients had died in their care—despite being admitted with low-risk conditions.

But the report, by the Dr Foster quality inspectors, is more than an indictment of the hospitals named as failing.

Four out of 12 hospitals deemed to be failing to meet basic standards of patient care are “flagship” NHS foundation trusts.

Under a scheme brought in by New Labour in 2002, bosses at these trusts are exempted from many normal health service rules, and are free to run their hospitals like independent businesses.

Foundation trust status was supposed to be a reward for those hospitals that were deemed to be providing “excellent” patient care and financial management.

The report also deals a blow to the government’s Care Quality Commission (CQC) watchdog, set up this year to take over the monitoring of hospitals.

The commission was supposed to be a new broom after the scandal of excess deaths at South Staffordshire NHS trust.

This revealed that “self-regulation” of hospitals by their own managers had failed to identify even the most basic failings.

Despite this, the majority of hospitals deemed by the Dr Foster organisation to be the “worst 12” were praised by the CQC in its annual health check last month.

Among those rated “good” was Basildon and Thurrock University Hospitals NHS Foundation Trust.

This manages a hospital that was condemned by Dr Foster inspectors who found “blood-spattered” walls and filthy conditions.

Accident and emergency units at a number of London hospitals are again under threat as the government plans to “rationalise” services.

The department of health is rehashing plans to replace emergency services at four London hospitals with services provided by semi-privatised polyclinics.

The scheme would involve downgrading the King George’s hospital in Essex, the North Middlesex hospital in Edmonton, and Whittington hospital in Archway.

It has already been decided that Chase Farm hospital in Enfield will lose its emergency and maternity units.

A huge public outcry greeted similar plans three years ago. Marches, many several thousand strong, forced the government to retreat. Ministers said that in future they would consult more fully.

Local Keep Our NHS Public groups must be reformed and rejuvenated in order to force the government to backtrack on these proposals. 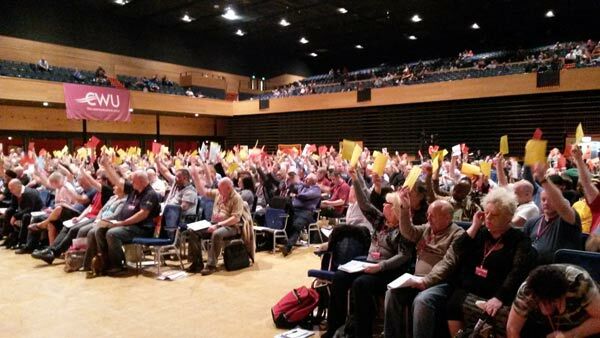