“WE ARE committed to a free market economy in which enterprise thrives. Competition and open markets are by far the best guarantee of wealth creation.” Which party’s manifesto does this come from? It’s not the Tories or New Labour. It’s the Liberal Democrats.

The Lib Dems are standing as a bit more left wing than New Labour in an attempt to benefit from the disillusion with the government. They attract a layer of people who want to stay within the mainstream parties but vote for more radical policies than New Labour offers. But, as the quote shows, the Lib Dems are utterly committed to the same business priorities which have made Blair’s first term so disastrous.

The Lib Dem manifesto goes on to say, “It is the government’s role to ensure the conditions under which competition can flourish. Smaller “Our objectives cannot be achieved without the promotion of enterprise. Labour has over-regulated in some areas.”

Much of this section of the manifesto sounds like a Tory one. The difference is that instead of big business the Lib Dems make a special pitch for smaller capitalists. So, for example, the Lib Dems promise to “cut business rates on small businesses”.

But big firms are not forgotten. The Lib Dems will fight to “maintain the City of London’s pre-eminence as an international finance centre”, and will “consult business before introducing any new regulations”. All these promises contrast with the incredibly limited treatment of workers’ rights. In this area the Lib Dems promise even less than New Labour.

The Lib Dems do not have New Labour’s links with the unions, so they are capable of going even further to the right on some issues. The proof is that when Lib Dems get into office they are as ruthlessly pro-business as the most Blairite council and as nasty as some Tories. Lib Dem councils in Islington, Liverpool and Sheffield are privatising, pushing cuts through and attacking unions.

Don’t be fooled by the fact that Blair’s New Labour is so right wing that Charles Kennedy occasionally looks a bit radical. Vote for the real alternative, the socialists.

Shift to the right

THE SCOTTISH National Party has moved to the right under John Swinney’s leadership. Under the previous leader, Alex Salmond, the party tried to balance uneasily between left and right. It tried to woo business and conservative right wing Scottish nationalists, as well as positioning itself clearly to the left of New Labour on most issues. Swinney has not changed the essential pattern. But he has pushed the emphasis more towards business and “enterprise”, and a stress on nationalism rather than left wing reforms.

The SNP used to say it would tax the rich a bit more to pay for health and education. Now the party says that it will use the cash for health, education…and the police.

The rich would only pay slightly more if the top rate of tax rose to 45 percent on incomes over 100,000. This is a lower rate than the one proposed by the Lib Dems, and much lower than Plaid Cymru’s proposals. The SNP has also:

The SNP’s pension proposals are also much less radical than those proposed in 1997.

No comeback on Corus

PLAID CYMRU knows that its target audience is to the left of New Labour. It hopes to run New Labour close in the South Wales constituencies of Rhondda, Llanelli and Islwyn-all of which Plaid won at the Welsh Assembly elections in 1999.

Its manifesto calls for higher tax for the rich, an end to the refugee voucher scheme, a 5 an hour minimum wage, the suspension of PFI, “restoring Railtrack to public control” and other “Old Labour” measures. But Plaid remains in essence a pro-capitalist party.

It believes that prosperity can be achieved by fattening profits and persuading businessmen to be “socially responsible”. So Plaid Cymru wants “incentives” for business to invest in Wales, like “a reduction in the level of corporation tax or a reduction in employers’ national insurance”.

Plaid’s manifesto does not include a demand to renationalise steel, despite the devastation caused by Corus’s job cuts. It does not call for the renationalisation of the rail network. It does not want to repeal any of the anti-union laws. 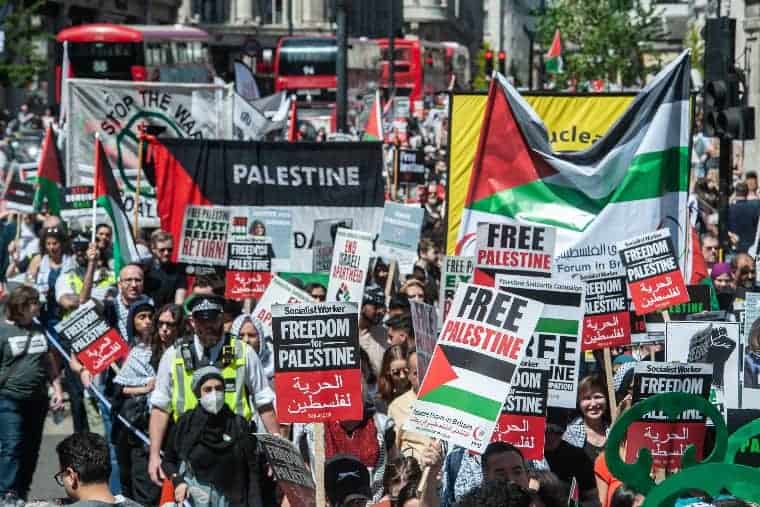 Latest victims of US ‘surge’ 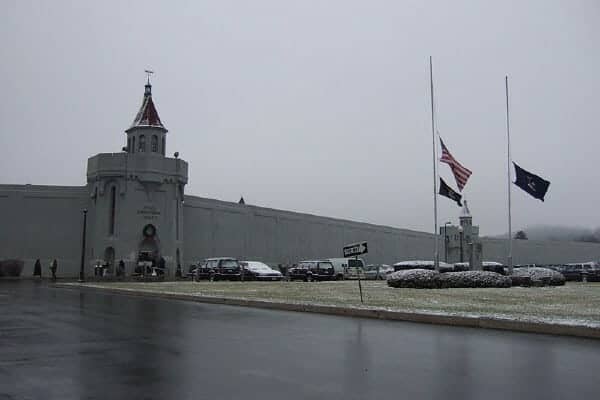