Over 200 people marched on Saturday to remember the thousands who have died after coming into contact with the police, and to demand change.

The annual United Families and Friends Campaign (UFFC) march gathered in Trafalgar Square in London before moving to Downing Street to demand justice.

“We’re here to deliver a letter to Theresa May,” Mohammed Yaqub told Socialist Worker. His son Yassar was killed by the police, shot with a machine gun at close range in January 2017 on the M62 motorway near Huddersfield.

“It’s destroyed our family,” said Mohammed. “It’s made my wife ill, it’s made me ill. But still we came here today to demand justice. We believe Yassar was innocent and did not deserve to die.”

Every year new campaigns come on the march to add their voices to the call for justice.

Her son David Neville died after being restrained by cops in Islington in 2013.

Carol Neville described how she felt “completely let down”. “We haven’t seen any justice,” she said. “The police clearly lied about what happened.

“There has to be accountability. If a normal person in the street did what the police did to David they would be in prison.”

The annual match is an opportunity to remember all those who have been killed. It is also a way to put pressure on the state to make changes.

Relatives of Olseni Lewis spoke to Socialist Worker about the passage of “Seni’s Law”, now being heard in the House of Lords.

Olseni died after being restrained 30 minutes by cops in a mental health institution in South London in 2010. In October 2017 six cops were cleared of any wrongdoing in relation to his death.

If passed, Seni’s law “will place more requirements on all parties concerned to give care for people in their care,” said Olseni’s sister Kemi. She talked about how the family are also campaigning for changes to the law over how people are restrained.

At the heart of the event are people whose lives have been ripped apart by the state.

The family and friends of Nuno Cardoso came on this year’s march.

Nuno died after being restrained by cops. He suffered a “medical episode” in the back of a police van on 24 November 2017 after police “dragged him out of his kitchen,” according to rapper Ambush, Nuno’s cousin. He argued that police have “questions to answer” and that the family have employed a private coroner.

“Instead of driving him to hospital, police took him into custody,” he said.

Kadisha Brown-Burrell, sister of Kingsley Burrell, led chants of, “No justice, no peace!” as the protest arrived at Downing Street.

Also present was Becky Shah of the Hillsborough Justice Campaign. People listened to speeches by Marcia Rigg, sister of Sean Rigg, and Deborah Coles of the Inquest justice campaigning organisation. 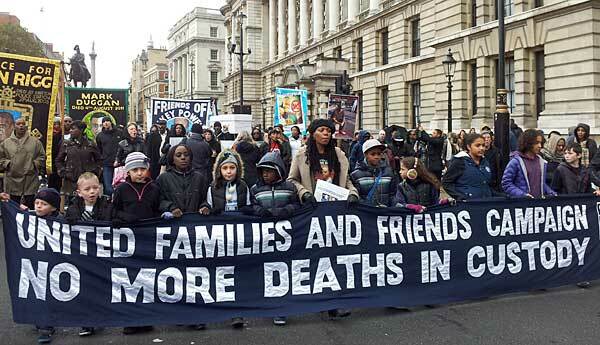 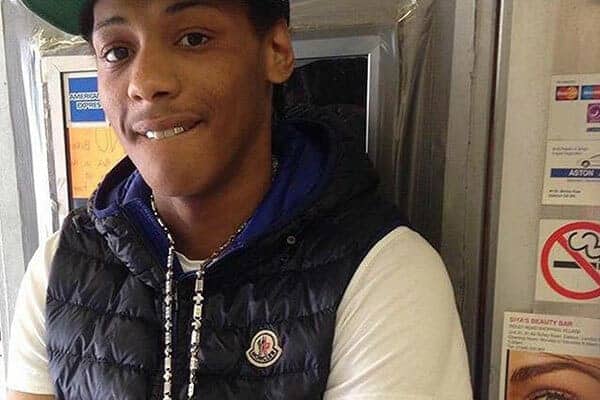 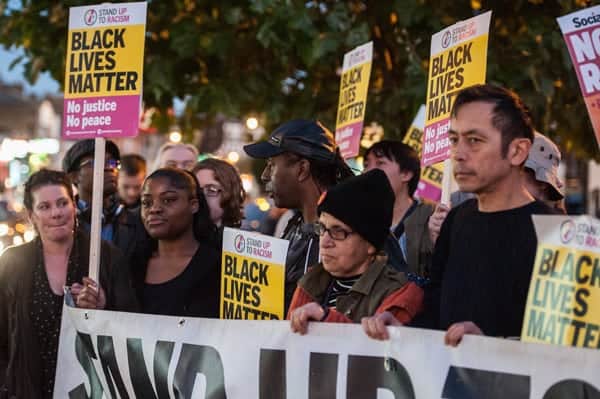