Locals and anti-racists blockaded a hustings where she had been invited to speak. Waters is standing for the far right For Britain party in a by-election in the borough on Thursday.

A grim collection of ex-Ukipers, former British National Party thugs and alt-right supporters came to see her reactionary rant. They had a rough night finding themselves completely outnumbered by a very hostile crowd from the word go. Around 100 joined the anti-racist protest.

Waters is one of the best known figures that has emerged from the far right over the last year. The event was clearly a magnet for racists feeling emboldened by recent events.

The police were slow to arrive. Members of the Nazi Generation Identity and other alt right “media” found their cameras and live streams blocked by assertive stewards whenever they tried to film the protest.

Many potential attendees for Water’s hate speech didn’t even try to get through the crowd. Some did and gave up.

An increasing number of cops assisted others who ended up milling around in a half empty hall. They were eventually told the event was ending early and Waters would not be attending on police advice.

They had to leave running the gauntlet of a jeering throng of victorious anti-racists.

Representatives of different local trade unions addressed the happy masses at the end of the protest including speakers from the CWU, NUT and Bfawu.

There is little doubt that the numbers were considerably swelled by local branches and this is very welcome. Lewisham has a special place in history as a turning point in the struggle against fascism in 1977. That feeling still runs deep in the local community and trades council 41 years later. 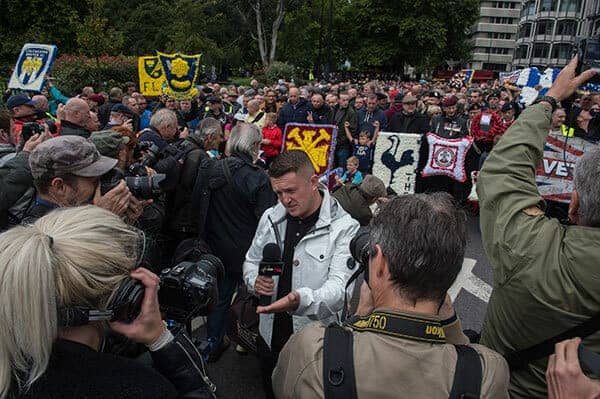 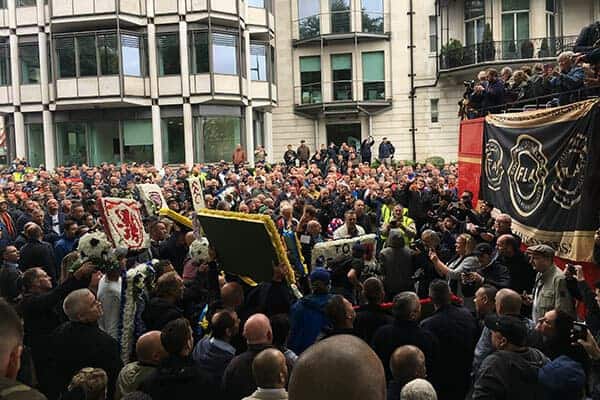 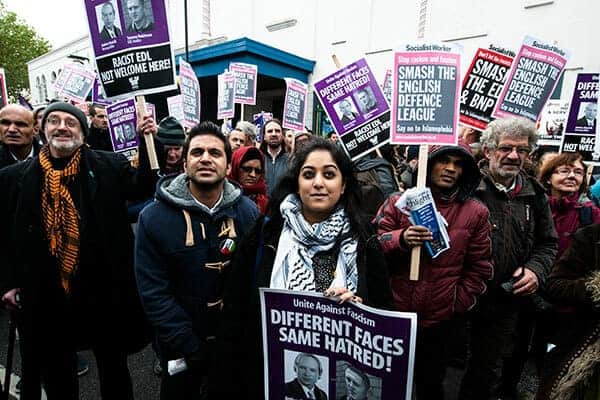 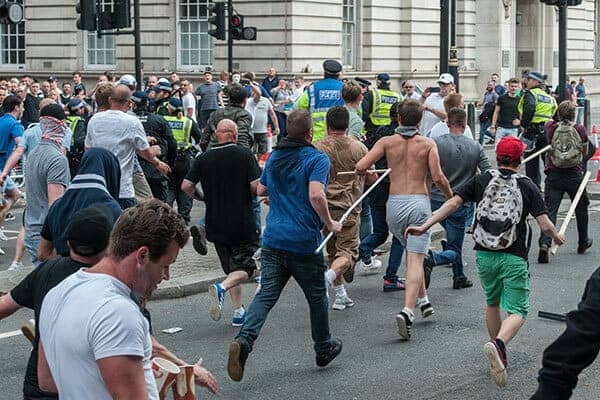