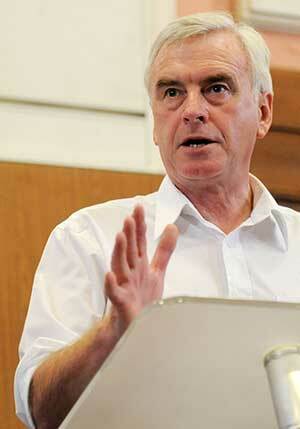 Activists came together to launch the Fast Food Rights campaign at parliament on Wednesday of last week.

They called a day of action on Saturday 15 February.

Alex, a coffee shop worker for a major high street chain, said some people had not had their contract renewed for not smiling enough.

He told Socialist Worker, “I joined the union after getting messed about in a previous workplace by the boss.

“We need campaigns like this to help get fast food workers unionised. Pay is a big issue. I’m sick of not having enough money to live on.”

John McDonnell argued the campaign was “long overdue” and can take inspiration from protests in 2012 against companies using the Tories’ “workfare”.

Alex said, “I feel really positive about the campaign. It needs to be rooted around being organised in the workplace.”

A day of action was called for 15 February targeting fast food shops on Oxford Street, London. A further planning meeting will be held at 7pm on 22 January.